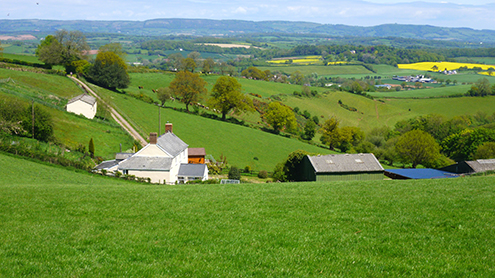 The decision has been made. The majority of voters have chosen for the UK to leave the European Union. The build up to the referendum and the campaign process were full of negativity but whichever way you voted, at least we can all now move forward.

More of the EU outcome later on, but the Farm Agency team thought it would be interesting to take stock of the first half of 2016 in the Farms and Land market where there have been challenging conditions for farmers in the West Country and the uncertainty over the outcome of the EU referendum.

The following farms have been sold by Stags in the first six months of the year, eschewing the view by some that the farms and land market is all doom and gloom. We’re not claiming that the market is buoyant, but we can prove with the sales below that with some careful thought and planning, Stags are selling farms:

61 Acres - Sold to a buyer from South East England

60 Acres - Sold to a buyer from the Isle of Wight

As I write, in the five days since the EU referendum decision was announced, we have agreed the sale of two farms over 170 acres; one in East Devon and the other in Mid Devon, and have offers on the main part of a 175 acre property available in North Devon. So the early signs are that farm buyers are ‘getting on with it’, echoed by the fact the FTSE and sterling are rebounding from their drop in value on Friday 23rd June.

However, the future is far from clear and there are difficult negotiations to unwind the UK from the European Union which may create some uncertainty, something markets never respond well to.

It is unknown whether a fully independent UK will continue with farm support payments which are important to many UK farming businesses, but on the positive side, a weaker pound makes our exports less expensive to those outside the UK, helping to boost trade for our agricultural produce and this may also mean that we are less reliant on importing food, helping to create a more sustainable British agricultural sector.

In times of uncertainty, investors head for safe assets, and land historically has been viewed as a reliable investment in terms of capital growth.