Established in the West Country for 140 years

An Intrinsic Part of The West Country

Stags is one of the oldest and most respected firms of chartered surveyors and auctioneers in the South West, with a distinguished heritage dating back to the 19th Century, based on livestock markets and valuations. Over the course of time, Stags has expanded the focus of its business to encompass property sales, lettings and farm agency.

The origins of Stags can be traced back to the Mid 1800s and four rival Devon firms of agricultural valuers and auctioneers: Dobbs and Son (North Molton), Edwin Cockram (South Molton), Hewitt & Stagg (Exeter) and Cook and Birmingham (Tiverton), (who were later bought out by Hewitt & Stagg).

In 1923 all these firms decided to merge and became a single practice under the name Cockram, Dobbs and Stagg, auctioneers. The firm remained the same until 1950, when it amalgamated with Knowlman & Sons, a renowned firm of auctioneers in Wellington, Somerset, with the aim of establishing a presence in the Taunton market.

At this point, the new firm, Dobbs, Stagg, Knowlman & Co, was still predominantly livestock auctioneers, running 31 markets mainly based at railway stations or collection centres, with drovers to take the stock to the nearest station. Farm sales were prevalent with the auctioneer arriving by pony and trap the day before to set up the sale, playing cards and drinking into the night followed by the farm sale the next day. Marketing was by illegal fly posting or an announcement at the Parish church on the Sunday and therefore very localised.

The auctioneers were also agricultural valuers and would often carry out 50 tenant right valuations each Lent and Michaelmas, since farms often changed hands as there was no security of tenure prior to the Agricultural Holdings Act 1948.

In the 1960s the firm started to specialise, with numerous markets now concentrated at three centres, and developed specialist sales (dairy) as well as property.

Another name change came in 1979, when Dobbs, Stagg, Knowlman & Co was shortened to the punchier Stags, with a stag's head logo for marketing purposes. John Stagg was still a senior partner and the firm was still predominantly an agricultural and auctioneering business, concentrating on three livestock markets, as well as dairy sales, professional work and some farm sales.

The new Stags continued to grow and from 1981 to 1990 it expanded from five to seven offices. 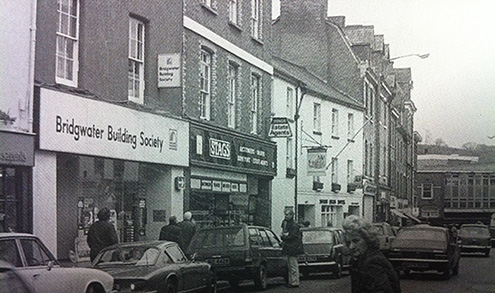 Several more mergers took place, as the partners carried out their policy of opening offices in all major towns throughout the West Country. In Plymouth Stags amalgamated with a local firm called Punch and Roche, while in Honiton, in 1996, Stags took over an old firm of Devon auctioneers, T D Hussey & Son, who had been in business since 1777.

In March 2017, Stags acquired the long-established and renowned firm of Ward & Chowen in Tavistock, which became our 21st office. As a firm of Chartered Surveyors who operated in Tavistock for over 180 years, Ward & Chowen were a very welcome addition to Stags, adding to our sales and residential lettings portfolio, Professional Services team and introducing the Tavistock Livestock Market.

Today, the modern Stags still upholds its core principles of good old-fashioned qualities, such as courtesy, first-class service and professionalism, which have helped earn a well-deserved reputation for excellence. 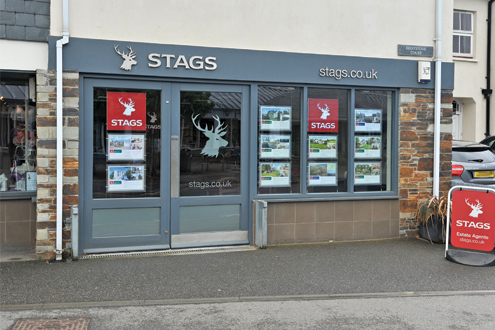 However, it is also a forward-thinking practice, which has grown to form a network of 21 regional offices, spread across the South West, but working together cohesively as one practice.

As a 21st Century estate agency, Stags is continuously striving to improve its service, without compromising its traditional values. It does so through innovation, training, proven best practices and by embracing changes, particularly in digital technology, including a bespoke sophisticated database, which ensures that no serious buyer can fail to come into contact with any properties marketed by the firm.

We take great pride in the trust placed in our name and our reputation guarantees that we will work in your best interests.