A guide to Wellington and the surrounding area

Wellington is an attractive country town situated near the Somerset/Devon border between the Quantock Hills to the north and the Blackdown Hills to the south, each designated an Area of Outstanding Natural Beauty.

Following a fire in 1731, the town was rebuilt and became a centre for cloth making. It now has a thriving population of around 15,000 and is made up of independent speciality shops, as well as three independent supermarkets, the most recent of which is Waitrose. Wellington has a good sports centre, a cinema, a wide choice of clubs and societies and an excellent selection of schools including Wellington School, a co educational independent day and boarding school for pupils aged 2-18 years. The town also hosts an annual food festival and is renowned for its Wellington Monument, completed in 1854 this was built in honour of the Duke of Wellington and stands high on the Blackdown Hills overlooking the town below. 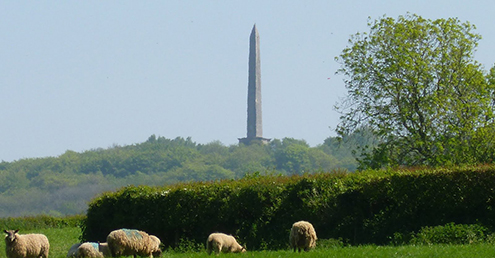 The well known entrepreneur and Dragon's Den judge, Deborah Meaden, is now the co-owner of Fox Brothers, a historic textile firm based in Wellington, which was on the brink of collapse until it was bought in 2009.

Wellington is situated within two miles of Junction 26 of the M5 motorway, which provides excellent links to both Exeter and Bristol.