A guide to Launceston and the surrounding area

Launceston (pronounced Lan-son) was the ancient capital of Cornwall and is located less than two miles from The River Tamar, which forms the border with Devon. The town is a popular tourist destination and has good access, via the A30 trunk road, to the far West of Cornwall, including Truro, and to Exeter in the East, both less than 40 minutes' drive away. Built on the side of a large hill between Dartmoor and Bodmin Moor, Launceston is a well-known market town and is the main shopping centre for the surrounding rural areas of West Devon and East Cornwall. It offers a huge variety of outdoor pursuits and is virtually equidistant from both the North and South Cornish Coast with their extensive sandy beaches and coastal walks.

The town's population of 8,000 has access to a wide range of recreational facilities, including a fully equipped leisure centre, two golf courses, and numerous sporting and social clubs including Launceston RFC, one of the top Rugby Clubs in the Country. 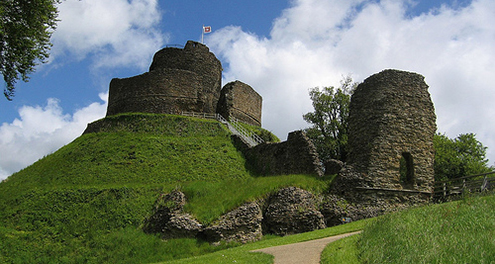