What does Brexit mean for the British lamb industry? 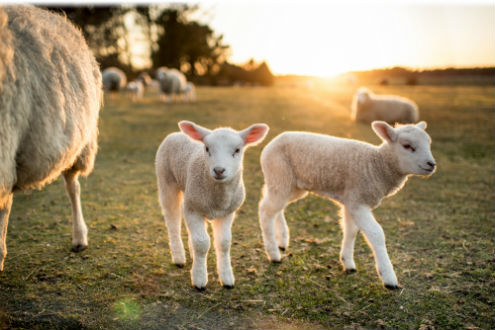 South Molton in North Devon is a well-renowned livestock area with a high-density population of sheep. At the beginning of November the prime sheep market trade was up slightly for the second week running with the best trade again for the export lambs. These lambs were generally around the 175ppk mark, and it was the first time for a while that we have seen the 44kg lambs making similar money to the 47kg lambs.

I was then subsequently asked to attend a meeting with North Devon MP, Peter Heaton-Jones, along with four other prominent sheep farmers, three of which have positions in AHDB, NFU and NSA. It was an MP’s surgery so we only had 30 minutes to get our main concerns across to him in the hope that he will take them to Westminster as Brexit talks continue.

My main concern is the viability of producing prime lamb, as I am frequently told by my vendors that £70 is the break-even point to produce a prime lamb. In the worst case scenario under Brexit the introduction of a WTO tariff would add over 50% to the cost of exporting our lamb, and New Zealand imports would be still access our market free of any tariff. This being the case, it is estimated that the price of our prime lambs would fall to £50 per head, way below the cost of production.

I was struck by the knowledge and clear thought of my four colleagues in the meeting, and amazed at the amount of meetings they are attending at this important time. Our industry needs strong voices and we need to ensure that those people that are elected to represent us are not "shrinking violets" but strong communicators putting the producers best interests first.