What does 2018 hold for the farmland market? 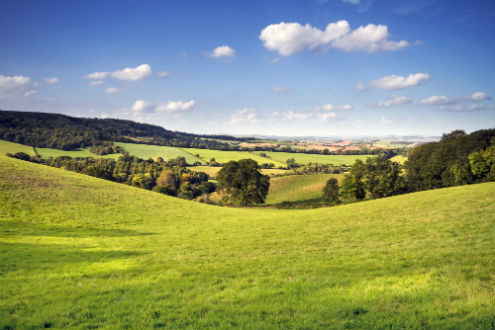 If farm and land sales in 2017 can be described as ‘better than expected’, what does 2018 hold for the farmland market?

Bearing in mind that 2017 was the first full year after the UK’s vote to leave the European Union,  we here at Stags Farm Agency had expected a more turbulent year than it actually turned out to be.

With UK agriculture intrinsically linked to the European Union in terms of farm support payments, migrant farm workers and trade, our 2017 farms and land sales statistics didn’t show the sort of results that such a potentially unsettling change could lead one to expect. Perhaps it’s because the negotiations to leave the EU are in their early stages and we haven’t actually left yet but perhaps  also because land is viewed as a safe investment during periods of volatility.

In facts and figures, 2017 was a positive year for Stags Farm Agency. We sold more than 4,100 acres across the West Country, a 20% increase on the previous year. The value of farms and land we sold totalled more than £41 million, up 6% on 2016. Our average price across all land sales was £8,229 per acre. As a department, we achieved an average sale price of 101% of the quoted guide price.

In Devon, where we sold 50% more farms than our nearest competitor last year, the market evidence suggests that land values were more or less unchanged from 2016, with an increase in the average price per acre of just 0.59%.

More commercial-sized land lots were sold in 2017 than the previous year. Breaking this down, 50% of the commercial-sized land ots were sold to individual farmers or farm businesses, 24% to investors and 26% to lifestyle purchasers. Of the farms sold, just 33% were purchased by farmers or farm businesses, an unusually low figure.

Across all the farms, land or woodland that Stags Farm Agency sold in 2017, 16% was purchased by neighbours, 41% by local and regional buyers and 41% from people from out of the area. This final statistic is perhaps surprising as it represents a drop – the figure has hovered around 50% for the past few years.

Sale highlights for us here at Stags last year included Binham Farm, West Somerset (274 acres) which sold as a whole off a guide price of £3.5m. We also sold 235 acres of land at Highridge Farm, North Devon which sold in lots to neighbouring farm buyers. Finally, three off-market (sold without marketing to the public) sales in North Devon included a residential farm, a commercial dairy farm and a block of pasture with buildings.

For 2018, there appears to be some cautious optimism among the farm and land buyers we are in contact with at present. Many have an eye on both interest rates and the prospect of March 2019 when the UK is officially due to leave the EU. There is a lot more detail to be agreed before then but while uncertainty makes some buyers cautious, to others it presents itself as an opportunity.