The West Country housing market is on the up 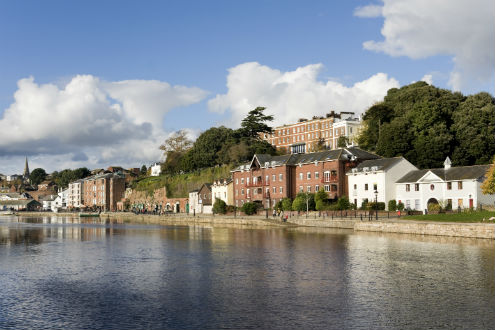 The West Country housing market is on the up, Stags’ figures reveal.

The South West property market is already on the move this spring, according to the latest figures from Stags. The number of valuations the firm has carried out so far in 2018 is up by 14% from the same time last year. The number of houses on sale with Stags has increased by 10% and agreed sales are up by 7% for the two months of this year, compared to the same period in 2017.

This pattern is further reinforced by Stags’ website activity. There has been a 15% increase in visits to stags.co.uk during this January and February, compared to the same period last year.

According to Stags Senior Partner, Simon Cooper, this demand is particularly fuelled by people moving from the capital and Home Counties. “We see a lot of buyers in search of a better quality of life in the West Country, whether that’s in the form of a new lifestyle altogether or a second home,” he said.

“Improved transport links to the capital and other major cities, together with an ever-increasing ability to work from home due to technological advances only bolsters this trend,” added Mr Cooper.

Stags’ results are in marked contrast to the latest Royal Institution of Chartered Surveyors (RICS) analysis of the national housing market. Its latest survey of RICS members revealed that new buyer enquiries on a national scale have fallen for the 11th month in succession and the number of homes on agents’ books has hit a record low.