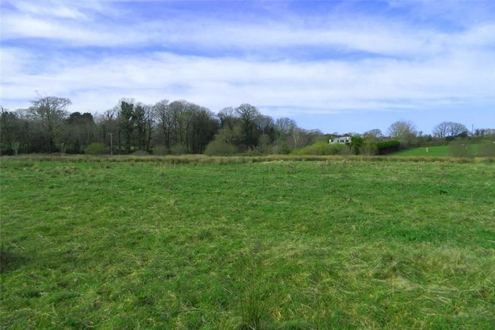 West Country land and estate agents, Stags, report an increase in the number of enquiries they are receiving for small recreational/amenity parcels of land. Farm Agent, Andrew Ranson, who covers the whole of Cornwall, says “We have definitely noticed an increase in interest since the referendum last June in affordable sized parcels of land and woodland”.

He attributes this to the record low interest rates that savers and investors are receiving and the current uncertain times combined with the safe haven status that assets like gold and land enjoy.

Mr Ranson continues, “It is quite common to receive calls from people saying that with the pitiful amount of interest they are earning on their savings, they have decided to buy and enjoy a small parcel of land, which they will probably be able to sell on at some point in the future for at least what their savings would be worth if they left them with the bank. They would also have had the enjoyment of the land, perhaps with their grandchildren during this time”.

Regularly parcels of land and woodland, perhaps from a couple of acres up to 6 or 7 acres can be purchased for £35,000 to £70,000. In December 2016 Stags auctioned 3.8 acres of land at short notice on the edge of the popular village of Stithians, which sold for £36,000. Some adjoining land to a development site was also purchased at the same auction by the developer and further land has been sold since the auction leaving just one remaining lot available at £35,000. There is also 7 acres available for another vendor, between Stithians and Four Lanes, with fantastic views over the crystal blue waters of Stithians Reservoir and the picturesque surrounding countryside. This is available in 2 lots, guided at £45,000 per lot. Between Four Lanes and Camborne, for another vendor, 4.9 acres of pasture and moorland growing bracken was quickly snapped up in November, with a guide price of £45,000, by a local purchaser looking for more space than his existing garden provided.

For knowledgeable and honest advice on either buying or selling small or large parcels of land, please contact Andrew Ranson at Stags on 01872 264488.