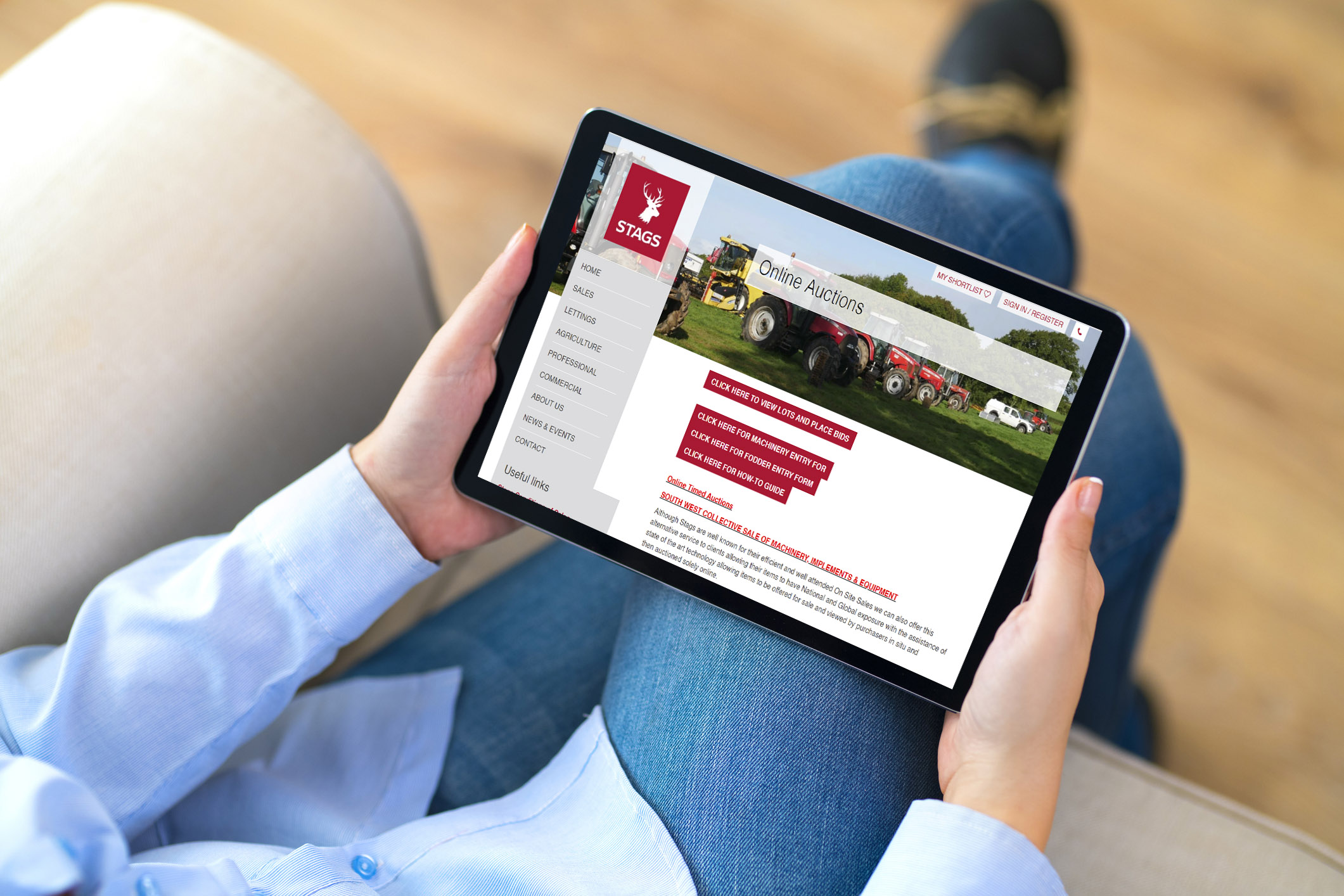 Stags’ report that their most recent Online Timed Auction, which finished last week, had over 240 lots of farm, plant and commercial machinery along with other associated items and was their most successful online sale yet. The absence of public auctions nationwide due to COVID-19 restrictions has meant numerous collective and on-site dispersal sales scheduled to take place in the spring and early summer months, have been postponed .

This has led to their well-established Online Timed Auctions of machinery seeing a large rise in enquiries from potential purchasers and vendors enquiring about the service and how it works. During the 15-day sale period, over 15,650 different users viewed the catalogue of lots. This inevitably resulted in a high percentage of lots being sold.

The top lot was a Claas Quadrant 2200 Baler, which had a bale count of 59,000, entered by a contractor in East Devon which eventually sold for £13,500. Other notable successes included a Cattle Rollover Foot Trimming Crush which saw bidding continue between two bidders for over an hour, selling for £3,216, more than double the vendors reserve! The auction was full of positive prices and vendors were pleased with the outcomes produced. Over £250,000 worth of bids were placed on the back of well-presented descriptions, photos and videos demonstrating each lot's condition with bidders from across the country participating.

Harvey Pile, Stags’ auctioneer who leads the Online Sales commented "our primary concern is to ensure the safety and well-being of our vendors and customers. The Stags online timed auction system allows us to serve vendors and purchasers efficiently and effectively during the current period of uncertainty. The growing number of registered bidders combined with a large number of returning purchasers and vendors shows that this relatively new way of selling farm, plant and commercial equipment will only keep going from strength to strength in the years to come".