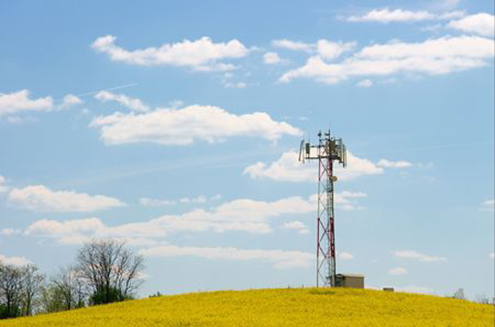 The government is proposing reform of the ‘Electronic Communications Code’, some 30 years after it first made its way onto the statute books. The changes could significantly impact landowners who currently rent out sites for telephone masts, or who have prospective sites, as they propose allowing telecoms operators to acquire sites at ‘existing use’ value.

‘Typically, under the current regime, site rentals are in the region of £4,000 to £7,000 per annum,’ says Mark Neason of Stags Professional Services. ‘Under the revised Code, however, rent will be assessed using the current use value rather than reflecting the commercial value of the site to the operator. This will inevitably have an impact on rents, particularly of agricultural land where the actual area to be rented may only be small, typically just 20m x 20m. Using agricultural rents is likely to lead to a big drop in site income for the landlord,’ he warns.

Although the new rights will only apply to contracts signed after the revisions come into effect, and will not apply retrospectively to existing contracts, there is a risk that when existing leases come up for renewal telcos will rely on their rights under the new legislation to pay much reduced rents.

While the revised electronic communications code is currently only in draft format, and no date for the changes to effect has been set, Stags would suggest that there is an incentive for landowners whose agreements have or are close to expiring, or those who have proposed new sites, begin negotiations as soon as possible. The Professional Services team at Stags would be happy to discuss the proposed legislative changes, or offer advice on negotiating with telecoms companies. Mark Neason is available on 01823 653424.