Don't be a Christmas mouse, be an early bird instead 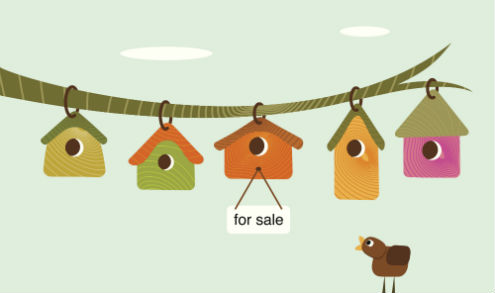 Despite popular belief, Philip Cox of Stags Honiton discusses why you should put your property on the market before Christmas rather than waiting for the spring flush.

For those that remember Ronnie Barker’s immortal northern shopkeeper, – “ it’s been a funny old year”.  Arkwright was renowned for his thriftiness and he would have found himself more than a little at home in 2017’s property market. Sure enough, demand for property has been ever present but its influence has been lessened by the constant media sensationalism of the effects of Brexit and further muddied by the circus of the snap general election.

Confidence in general therefore has understandably been in short supply, as has the number of available properties. Stocks of property for sale have been around 15-20% down year on year, initially steering the market in favour of the seller. Prices had been strengthening but indecision in the latter quarter of this year is tempering any significant rises. The recent Bank of England interest rate rise, whilst not unexpected, opens the window of discussion on subsequent increases asking further questions of the market.  Does ‘fortune indeed favour the bold’? Or does the ‘second mouse get the cheese’…….

There are no indications that anything is likely to change in the very immediate future. We are, predictably, creatures of habit and those thinking of selling in 2018 are no doubt pencilling in the spring as the optimum time to do so. Or is it….  Yes, your property unquestionably will look better against a backdrop of fresh foliage and flowers in the garden but then so does everyone else’s. There is no better time than Christmas and the gathering of family to encourage thoughts of moving, either up or down the market. This prompt sparks immediate interest the minute the doors are upon for business in January with advancesellers snaring newly enthused buyers. The early bird catches the worm whilst the mouse is still in hibernation!