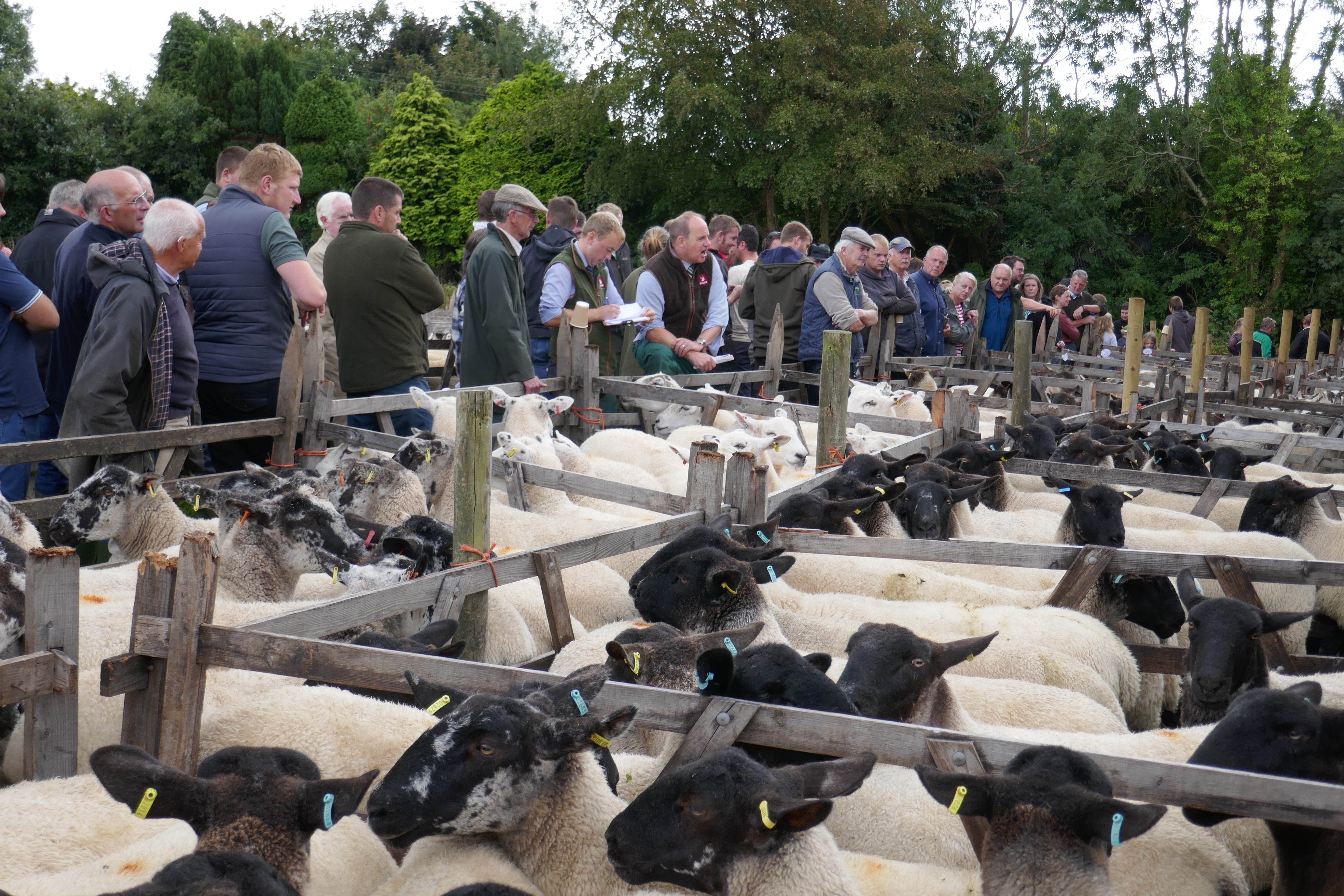 The first sale of the breeding sheep season this year for Stags Auctioneers was held for the second year running at Bolitho Farm, Liskeard by kind permission of Mr James Moon. A bigger entry than last year of just over 800 sheep met a very encouraging trade from start to finish.

The sale kicked off with the shearling ewes where prices topped at £132 twice; the first to a pen of Texel Mules from Messrs CG & SE Lucas of St Mellion and the second to Suffolk Mules from Messrs WJ Harris & Son of Bodmin. Messrs Harris also saw £130 for another pen of Suffolk Mules and £128 for Suffolk cross Texel ewes. Also at £130 was a pen of Texel crosses from Mr G Harris of Liskeard. There was a lovely run of North Country Mule shearlings from Mr R Sizmur of Okehampton which topped at £126 for the first four pens with further pens at £124, £122 and £120, with nothing dropping below the £120 mark. Mr Sizmur also saw a very strong trade for his Cheviot Mule shearlings which topped at £122. The older ewes topped at £90 for two pens of 2 crop North Country Mules again for Mr Sizmur with his similar 3 crop Mules going under the hammer at £85 and £82 (x2). A small entry of ewes lambs topped at £118 for a pen of Pedigree Zwartbles from Mrs T Hooper of St Neot whose second pen rose to £102. A better entry of store lambs than expected with best to £55 from Mr R Cole of Menheniot with other pens from Mr AC West of Torpoint at £53.50.

A line up of 20 breeding rams topped at £380 three times to three Suffolk shearlings from Mr RJ Geake of Lamerton. Older rams sold at £210 for a 6T Charollais from Mr S Stewart of St Keyne and ram lambs to £130 for a Zwartble from Mrs T Hooper of St Neot. Overall a very good day with a lot of local farmers in attendance. We look forward to our next Bolitho Sheep sale on Saturday 28th September where we will also be hold the East Cornwall Collective Machinery Sale in the neighbouring field.