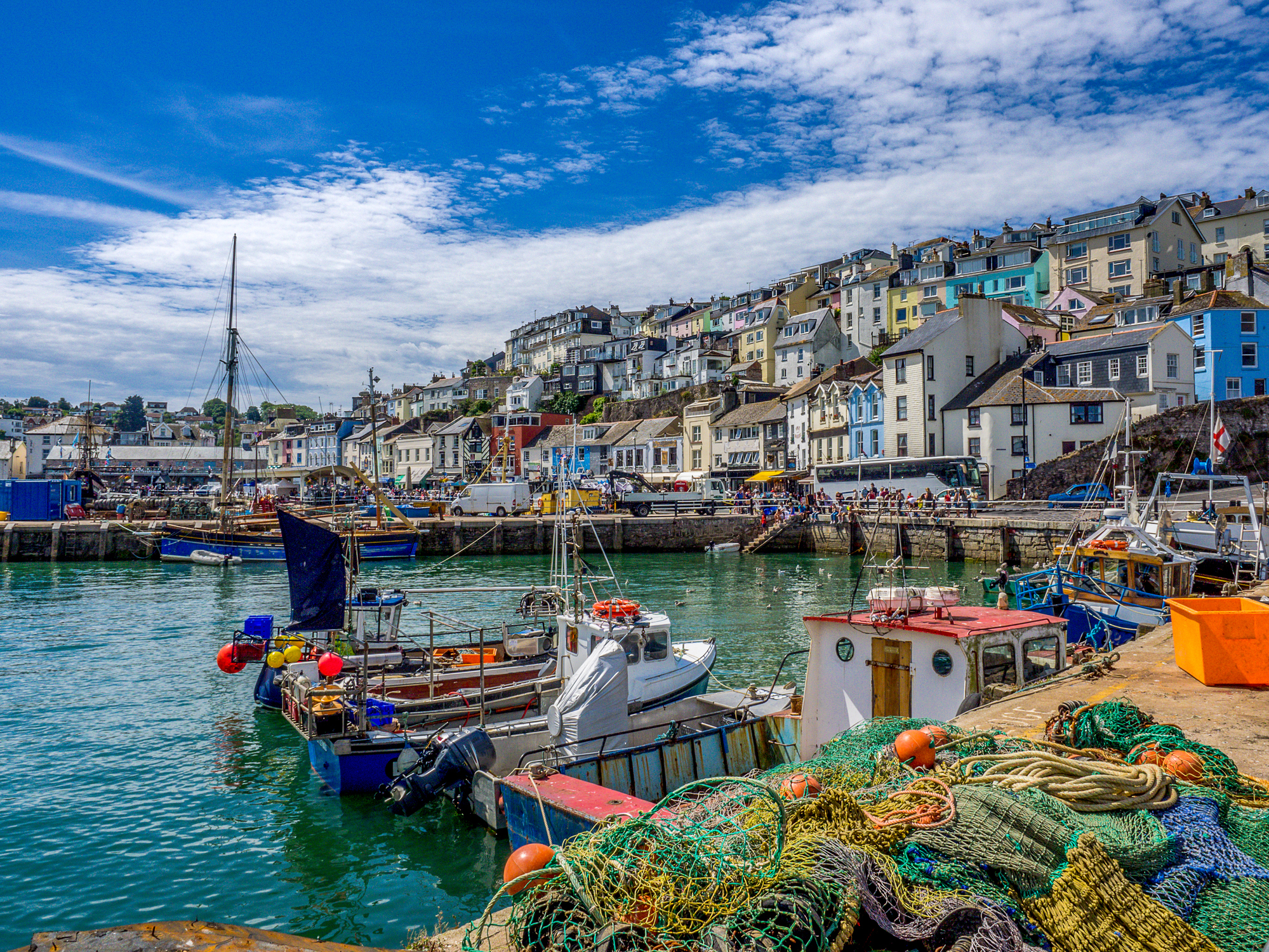 Torbay or “The English Riviera” as it is affectionately known is a 22-mile stretch of seaside resorts, picturesque villages and rocky coves on the South Devon coast. Spanning the coastal towns of Brixham, Paignton and Torquay, this area gained its nickname in Victorian times when visitors likened it to the already much-established French Riviera due to its warm climate. However, its history stretches back much further than this.

The English Riviera’s dramatic scenery, exceptional coastline and rocks were formed millions of years ago on the bed of a warm tropical sea, before being scorched by the equatorial sun. The first signs of human activity were pinpointed by bones and tools found in Kents Cavern in Torquay, dating the Torbay area back to Paleolithic times. In fact, a maxillafragment known as Kents Cavern 4 may be the oldest example of a modern human in Europe, dating back some 37,000–40,000 years. Due to this remarkable discovery and the area’s breath-taking landscape, the English Riviera was recently awarded UNESCO Global Geopark status (an area of globally-recognised, unique geological interest), one of only seven in the UK and 140 in the world. 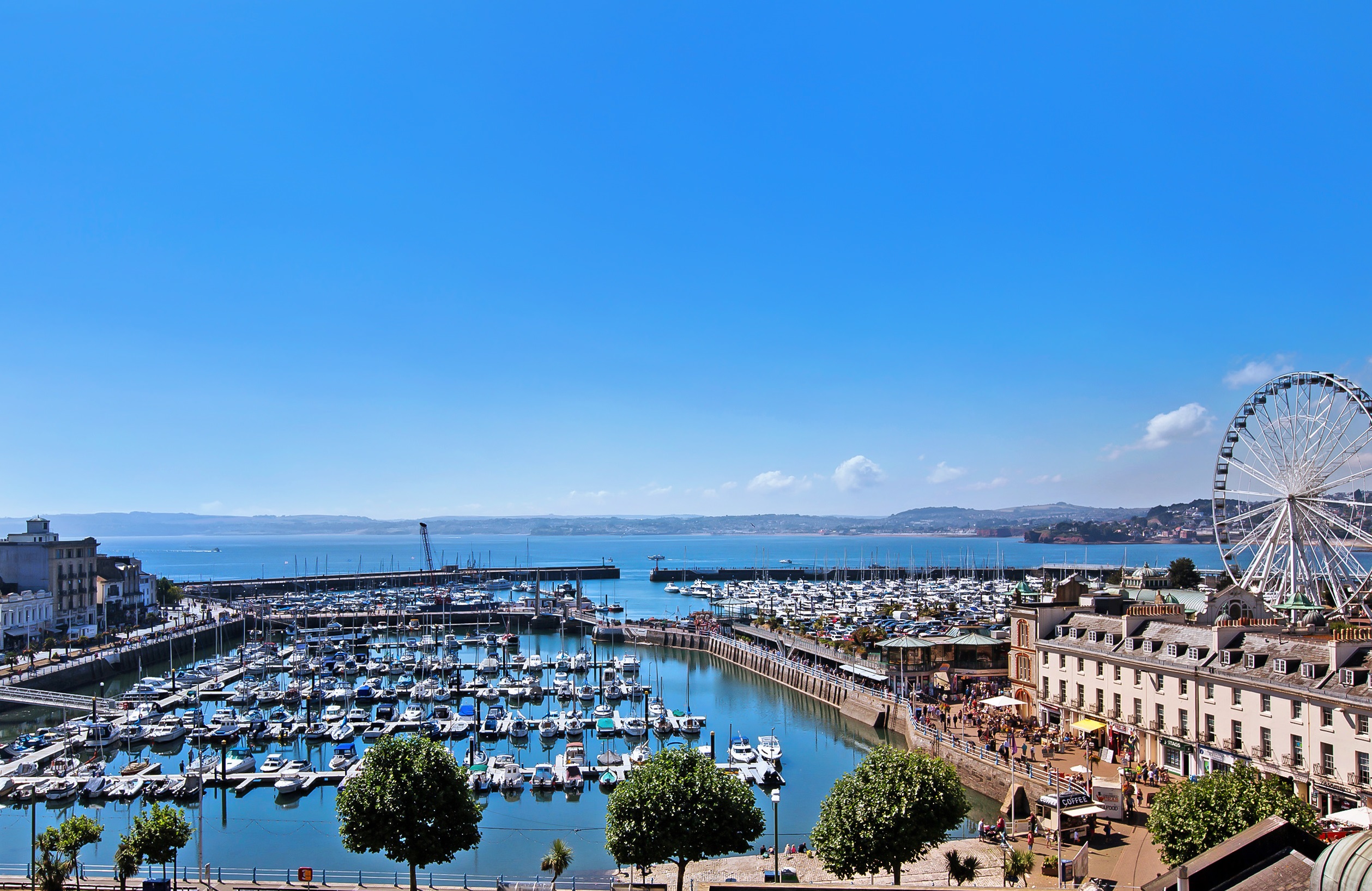 As with many coastal areas the local economy originally centred around fishing and agriculture. However, in the early 19th century, Torbay became popular among those fashionable and well-heeled Victorian visitors. This was partly a result of the Napoleonic Wars from 1803 and 1815, which put a temporary stop to continental holidays. The war also brought naval officers, their wives and children to Torbay, which prompted the building of many of the large villas still in existence today. At around this time, Torquay’s fresh air and mild climate led to it becoming somewhat of a winter resort for visitors in ill health.

Box: Braganza, believed to have been the first villa built on Braddons Hill in 1823, sold through Stags Torquay earlier this year. With spectacular sea views, landscaped gardens and grand Regency-style accommodation, this is a fantastic family home.

There was little development in the area until the early 19th century, when Lawrence Palk, 2nd Baronet built a new harbour here. Much of the later building in the town was done by his solicitor, William Kitson, who would later go on to transform Torbay even further. Kitson, who was later deemed “the maker of Torquay”, helped to develop an exclusive residential area in Torquay's Warberry and Lincombe Hills. Elegant villas, including that of Grade II-listed Hesketh Crescent, with its sweeping Regency façade, were erected. In Paignton, an opulent mansion was built for Isaac Singer of sewing machine fame. Unlike its neighbours, Brixham remained somewhat untouched by tourism, continuing to be centred around its fishing and trawling trade. 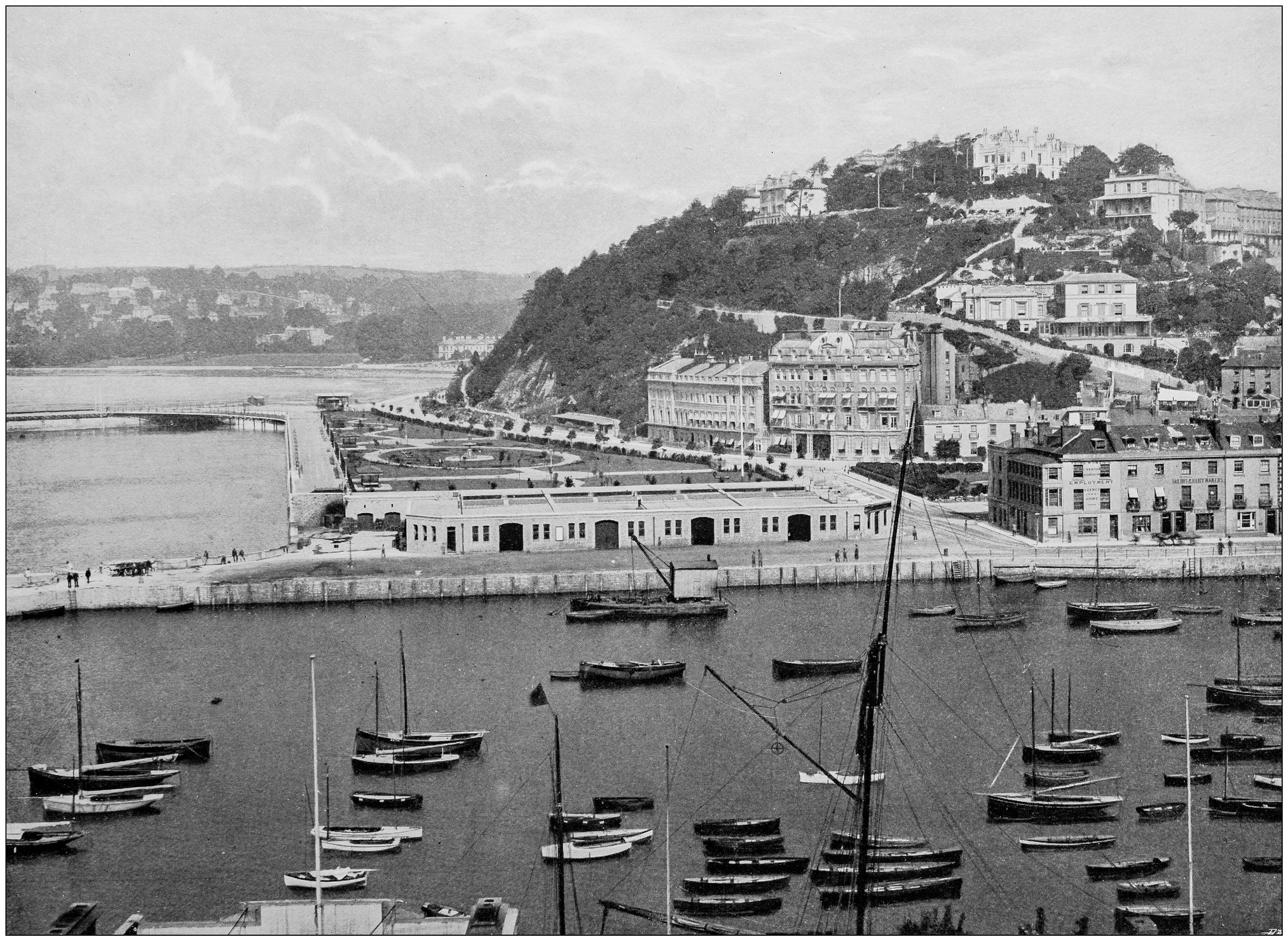 In 1848, the South Devon railway arrived in Torbay, making it even easier for visitors to travel here in their droves. Torquay also became known as the “Queen of the Watering Places”, adopting the Latin motto, Salus et Felicitas, meaning “Health and Happiness”.  During the 1948 Olympics, Torbay hosted the yachting events, with Torre Abbey serving as the venue for the opening and closing ceremonies. Between the two world wars a major advertising campaign by the Great Western Railway ensured that Torquay became a major holiday resort.

Today, Torquay and its surrounds is experiencing somewhat of a revival. The palm tree-lined seafront, Italian-style white villas set high on the hillsides and fabulous yachts moored in the modern marina help to create a truly relaxing, continental and stylish atmosphere, still comparable with those of the French Riviera.

Properties here range from luxurious apartments and ultra-modern homes to impressive Victorian villas and the occasional thatched cottage, many of which benefit from dramatic sea views. There is a wide price range to accommodate most budgets, from £250,000 for a two-bedroom apartment to £3,500,000 for an impressive modern waterside residence. If you are yet to visit the area, don’t wait too long - there are many fine hotels and, if you choose to stay longer, the team at Stags Torquay would be delighted to assist with your property search.

Take a look at the properties currently for sale in Torquay >>