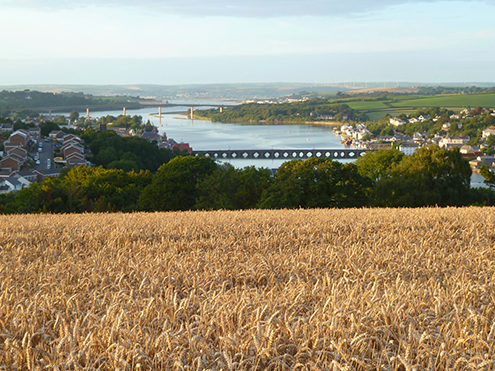 During 2016, I noticed a decrease in properties entering the market for sale in Bideford and the surrounding area, compared to 2015. Last year, we had the Stamp Duty Tax for second home purchasers taking effect in April, the vote to leave the European Union in June and, most recently, the shock of the American presidential election of Donald Trump. These were all big changes and solidified my suspicions that all the uncertainty was what has, most likely, resulted in less homeowners joining the market. But could my hunch be proved and what does this mean for the 2017 property market in my area? I set out to find out.

I have spent some time analysing data collected from Rightmove.co.uk, which is available to estate agents. I recorded this raw data based on available properties on the market, new instructions and sales agreed for all estate agents, over a period of 16 months, across my area. After several weeks of compiling this information, this anecdotal evidence suggested that my suspicions were correct. Throughout 2016 there has been a 15% general decrease of available properties and new instructions to the open market in the Bideford, North Devon area. Interestingly, when reviewing the same data, but looking at sales agreed with all agents, sales agreed figures had not been hugely affected by this decrease. I believe, due to the lack of new properties, those properties that had been languishing on the market for some time were being snapped up by out of the area buyers who were faced with limited choice. However, the knock on effect that we have seen in our Stags Bideford office, so far into 2017, has been positive. We have gained a number of new instructions which have been sale agreed even before the property was launched to the market; other properties that have been on the market a little while are getting viewings and offers.

I believe 2017 is the year for standing out from the crowd, offering something different, as well as back to basic old-fashioned estate agency. Evidence has suggested that traditional browsing on a PC is declining and, with the increasing daily use of smart phones and tablets,catching the eye of busy potential buyers is even more important. Impressively, during 2016, stags.co.uk received over 2 million visits and over 90,000 mobile visits every month. We know that property details which stand out are essential in the marketing of any property and over the last 12 months, all across the West Country, Stags have increased the use of professional internal photography, elevated and drone photography, which has proven positive in attracting viewings and, ultimately, leading to the sale of a property. We are mindful that social media continues to boost advertising and sharing properties are set to play a larger part in 2017. We have also seen an increased number of viewings being requested just hours after having posted on our Stags social media pages where, as a well-known agent, we have a large following.

As with any sales and marketing, an online presence is crucial, but we are still finding that some old-fashioned factors, such as for sale boards and proactively keeping in contact with buyers and sellers alike, can have just as much of an impact.