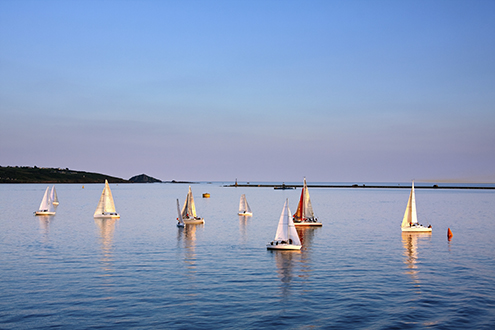 2015 was a milestone year for Stags Waterside department as it saw a high of £60 million of properties sold along our stunning coastlines, a substantial 15% increase on the previous year.

One such waterside hotspot to stand out in 2015 is Barnstaple, which experienced its most successful year yet, doubling the value of sales on 2014. Among the most significant of these sales was Widmouth Farmhouse and Cottages, which, along with an exclusive private beach at Watermouth, sold off a Guide Price of £2.5 million.

Another noteworthy development for 2015 saw the doors of Stags’ 20th office open in Wadebridge on the stunning River Camel. According to Wadebridge’s new office manager, Guy Parsons, waterside properties accounted for 53% of the houses he has sold since the branch opened seven months ago.

2016 has already kicked off with a bang as our recently relocated Kingsbridge office moved to larger and more prominent premises less than 100 metres from the quay. This prime waterside location was popular with many, not least office manager Christopher Kivell, who suggested he may commute from his home in Salcombe by boat – there are worse ways to start the day!

As we step into spring, does 2016 promise a similar story of success?

As the global economic outlook remains a little uncertain, it would be reckless to propose monumental predictions, but, as with all things Stags, we like to keep a positive attitude. We believe that, by working with you to present your property in the best possible light, we can achieve success. With our expert knowledge and understanding of local and national trends, we feel confident that we can match your waterside property with the best possible set of buyers through targeted and intelligent marketing campaigns.