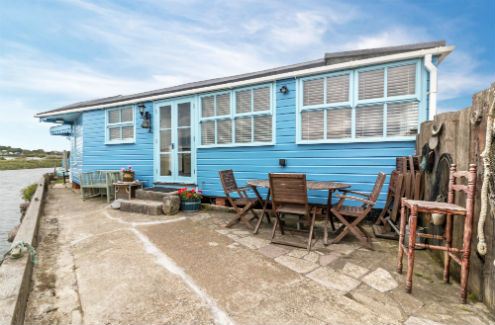 The 100-year-old two-bedroomed chalet on the banks of the River Brit in West Bay, Dorset, has just been sold. Called Brit Bank, it attracted “vast amounts of interest” when it came onto the market, said James Green of Stags Bridport, who sold the chalet.

“Most of the potential buyers came from London, and the Home Counties, as well as the West Country. But one intrepid traveller came from the USA,” said Mr Green. 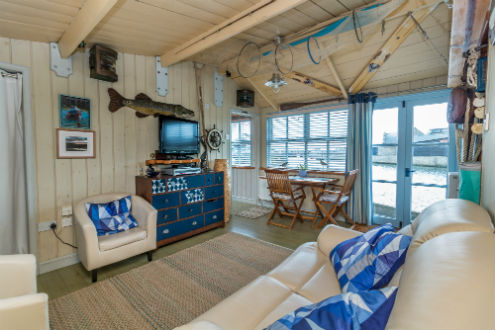 Mostly people wanted to use the cabin for weekends and holidays, he said: “The successful buyer is local, from Devon, and they intend to use it themselves, while also renting it out for holiday lets. So be sure to keep an eye out for your chance to stay in the famous cabin.”

The chalet was initially renovated by local sculptor and artist Abbey Evans, who owned it from 2000 and sold it in 2015. It bought by a West Country couple who kept it for two years, selling it this spring off a guide price of £265,000 to a new owner, who takes the picturesque property over just in time for the summer season.

So did the “Broadchurch effect” bump up the price? James Green of Stags thinks not: “The guide price was a fair one, based on the market here in Bridport and West Bay. This is a lovely place to live with a great community, lots of art and music going on and some wonderful places to eat. Plus, Bridport has just been named by The Sunday Times as one of the Best Places to Live 2018 in the whole country.

“Yes, the TV show connection added interest but the chalet sold on its own merits as a charming property in a wonderful location.”

The property was first spotted by Chris Chibnall, the creator of Broadchurch, who lives in Bridport, when he was writing the first series in a local café. At the time, Tennant's character was still being developed and it is thought that much of the series was created around the idea of the Jurassic Coast chalet as Tennant's base. 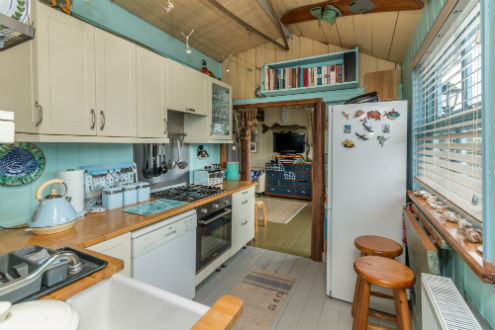 The property can only be reached by foot but commands beautiful views across the river, harbour and meadows behind.

Built around 1900, it retains many original features and was carefully renovated and modernised by Abbey Evans. Mr Evans, 60, has said it held wonderful memories for his family. “I am sad to let it go and if my circumstances were different, I would try and keep it on,” he said in 2015. “I had a lot of good times there with my son. His surfboard is still in the roof with lots of old fishing rods.”

Mr Evans said he had “no idea” the chalet would be featuring so prominently in Broadchurch until he watched the show, having rented the property out to the film crew for a fortnight at just £41 per night.

James Green of Stags said he was “delighted” with the sale and that many of the unsuccessful buyers for the blue chalet are still looking in the area. “We still have many of the other potential buyers who viewed and are still searching for a holiday cottage, some with funds available up to £600,000.” Crime scene or not, Bridport is definitely a hot spot on the property map these days.