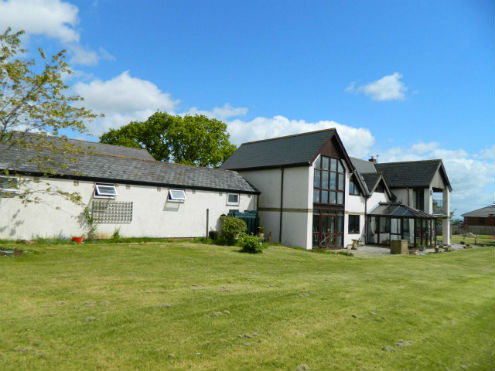 The South West housing market is continuing to grow, despite an uncertain political climate that has seen national prices slowing to a standstill, according to a recent RICS survey.

One of the main issues agents with properties on the market in the West Country are tackling is stock levels, which are at a near all-time historic low according to both Stags and RICS. Despite this, Stags partner Simon Cooper commented, "Across Stags, sales are up on last year, which has certainly surprised us all."

Brexit and the property market

At the beginning of the year, many of us at Stags and indeed across the South West felt that the residential property market could well be quite sticky and problematic during 2017 due to Brexit negotiations and the current economic situation.

The year did start a little slower than the brisk first part of 2016 and our concerns were compounded when the results of the General Election were announced; we were certainly expecting a quieter seond half of the year.

However, this has been proved not to be the case with a much better year than expected. Sales at Stags are up on 2016, with the number of transactions completed 4% higher than the previous year and the average house price up by 1.2%.

For Stags, much of this drive has been across the lower price ranges - from £250,000 to £500,000 - with out-of-area buyers competing for properties, particularly those close to regional centres or popular holiday destinations.

At the higher end - £750,000 and above - the market has been somewhat quieter. That said, a number of high-value properties have been sold, including an equestrian property near Exeter. Probus Stud Farm (pictured above), on the market for £1.5 million, was sold to local buyers.

How has the change in stamp duty affected the market?

Although the change in stamp duty (SDLT) did cause initial disruption, it has since settled down and for most buyers there is actually less SDLT paid now than in previous years, making those buying properties for les than £937,000 better off.

The imposition of the extra 3% SDLT for buying a second dwelling caused an initial impact on buyers, immediately cooling their desires to buy a second home or buy-to-let investment. However, this again seems to have passed and there is now renewed interest in people looking to acquire low-cost homes for investment purposes, together with those wishing to buy their second home in this fabulous part of the UK.