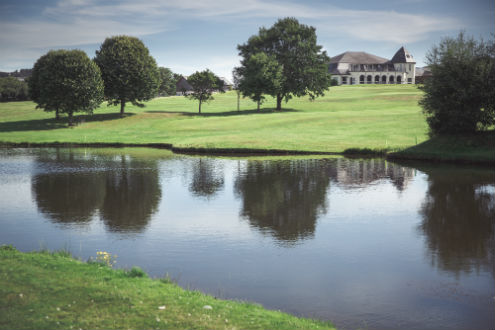 During the auction, Ian Osborne and Andrew Ranson each offered two lots and all four properties were sold under the hammer to a room offering keen bidding throughout.

Ian Osborne kicked off proceedings by offering two lots at Trewrong Farm, situated between Par and Fowey. Lot 1 comprised a single-story block building with the benefit of planning permission for conversion to create a two-bedroom fully residential dwelling together with parking area, potential garden, small copse and an excellent pasture field, extending to about 2.8 acres in total. After a guide of £110,000 to £135,000 and competitive bidding from a number of bidders, Mr Osborne sold the property for £205,000.

Lot 2 was a similar block building, also carrying the benefit of planning permission for conversion to create a two-bedroom residence set with good-sized garden area and parking ability. After a guide of £75,000 - £100,000, competitive interest led Ian to drop the gavel on a sale price of £145,000.

Andrew Ranson’s first lot comprised land on the edge of St Columb, a 3.15-acre field with road frontage just outside of town. This field had been unsuccessfully marketed by another local agent for the most part of last year and was guided at £35,000 - £50,000. This lot was sold for £44,000, the equivalent of nearly £14,000 per acre.

The final lot in the evening was land at Kellacott Cross, a south-facing well-fenced sheltered paddock with a useful building, orchard and far-reaching views, extending to about 2.2 acres. This field was guided at £25,000 - £35,000 and received several offers prior to auction. However, it sold under the gavel for £41,000, representing a price of about £18,850 per acre.

A barn near Fowey received an exceptional offer and was sold prior to auction, while three land lots near Bodmin Moor had to be withdrawn due to delays in obtaining legal information, one of which has now sold.

Stags is now taking entries for its next collective auction, which is scheduled to take place at Lanhydrock Hotel and Golf Club on Wednesday 26th September, where the remaining Bodmin land lots are due to be included.