Simon Forman, the Barnstaple Office Manager says, 'North Devon is holding its own' 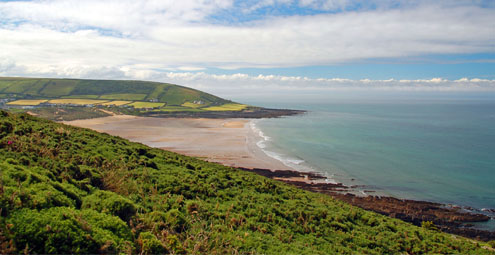 So far this year we have endured the increased Stamp Duty on second homes and buy to let properties, followed by the lead up to, and then the actual 'Brexit' referendum as well as the financial and political ramifications which followed.

Thank goodness for Team GB's timely success in the Olympics, and most recently in the Paralympics, because these produced a much needed fillip for us all and largely distracted the media from negative commentry about the economic climate and, more particularly, the property market which, in itself, has helped to maintain confidence.

We were enjoying a period of stability prior to the call of 'Brexit' referendum, but this stalled until the result was known and activity has gradually been building since. This appears to be gathering momentum now that the summer holidays are almost a distant memory and the improved performance in all areas of the property market is very encouraging.

At the end of the day, whatever is happening in the world the following factors should continue to underpin the local property market in North Devon. There are not enough houses being built, locally or nationally to satisfy the current demand and growing population.

Interest  and mortgage rates are the lowest they have ever been and seem unlikely to rise for the foreseeable future.

'Bricks and mortar' can produce a better or more reliable return than most other forms of investment. Even if a buy to let breaks even in terms of running costs, people tend to forget or ignore the fact that, long term, there is often significant growth in the actual value of the property concerned, if it is well maintained.

North Devon remains very affordable compared to most places where our buyers emanate from. (Latest analysis tells us that 49% of our buyers originate from London or the Home Counties.)

North Devon is largely unspoilt and not only a beautiful place to live, but safe. This particular factor is more relevant today than ever before given the unrest in the world. It seems likely that our country will benefit from attracting even more buyers who many now prefer to holiday or acquire second homes in the UK. Even if the weather has been helpful on this front!

Returning to the point about the increase of Stamp Duty on second homes/buy to lets, many people thought that this would subsequently have an adverse impact on the sale of relevant properties but, in all honesty, I cannot remember the subject even being mentioned since.

As far as 'Brexit' is concerned, I suspect that the actual affect will come again if and when the target date starts to loom but in the meantime, many clients seem eager to conclude their sale and related purchase, if appropriate, as soon as possible in order to avoid whatever the affects of 'Brexit' may prove to be. It seems likely that this 'damage limitation' approach will prevail for the rest of 2016 and throughout 2017.

Whatever the future holds, property prices are relative and if there is one thing I have learnt from my 35 years in estate agency business so far; despite the various disruptions which can occur, things normally settle down and move forward in the end because birth, marriage, death, upsizing, downsizing and enjoyment of wealth often lead to property movements. Therefore, the message from North Devon is "keep calm and carry on!"