Proprietary Estoppel: an opportunist charter or relief for the deserving? 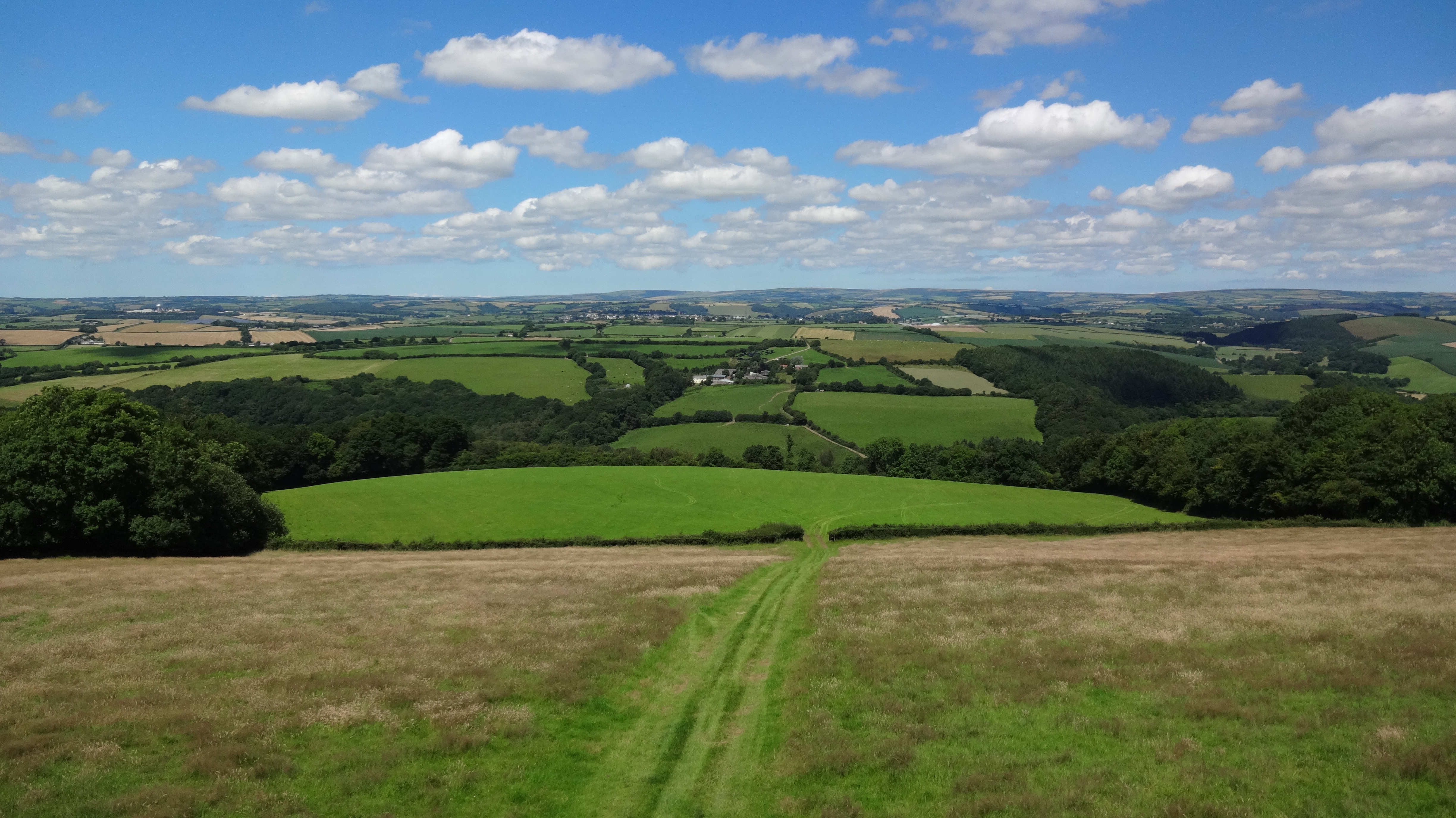 In more recent years, since Davies v Davies [2016], proprietary estoppel has remained fertile ground for litigation, with a total of twelve claims reaching court in 2018.

In essence, proprietary estoppel is a legal claim which arises when a party fails to act in accordance with a previously expressed assurance or representation, resulting in detriment to the injured party. In order to give rise to modern day estoppel, the essential elements of the doctrine which require establishment from the claimant, as dictated by the landmark case Thorner v Major [2009], are as follows:

·         A representation or assurance made by the defendant to the claimant

·         Reliance on such representations by the claimant.

·         Detriment suffered by the claimant, as a consequence of such reliance.

If there is evidence available to prove that these three elements have been established, the court will choose whether fairness demands a remedy, and what the remedy should be.

Habberfield v Habberfield [2018] is a sad tale of a farming family and a typical example of a proprietary estoppel case.

Lucy Habberfield was the claimant and also daughter of the defendant Jane Habberfield, who raised a claim under proprietary estoppel and under the Inheritance Act 1975, regarding Woodrow Farm in Somerset, which had a total worth of £2,550,000.

The claimant worked on Woodrow Farm for some 30 years, relying on the assurance from her late father, that the farm would one day be hers, which was made out to her on a number of occasions from 1983 onwards. On leaving her education in the early 1980’s she began working full time on Woodrow Farm, focusing on the dairy enterprise. In the late 1990’s, the claimant met her husband and went on to have four children of their own, whilst residing in a property about half a mile from the holding. In 2007, her husband also began work full time at Woodrow Farm. However, in 2008, the defendant made the claimant an offer, that there would be a limited liability partnership created between the parties. However, the claimant rejected this offer on the grounds that her husband would not be involved, and the risk that the parents and siblings would still be able to interfere.

In 2013, following a fight with her sister Sarah in the milking parlour, the claimant left Woodrow Farm for the final time. The dairy enterprise ceased business in 2015 and the farm was then operated by Sarah, her husband and their son. By 2016, claim under proprietary estoppel was pursued and court proceedings had commenced.

The claimants argument was strongly supported by a letter, which was written by an impartial surveyor in 2008, and highlighted the claimants intentions to increase her interest in the farming business and, in turn, one day inherit the entirety of Woodrow Farm. The Judge held the letter to be written evidence of the parent’s long-term intentions to award the claimant for her continued dedication to the farm.

The Judge later handed down the claimant an award of £1,170,000, approximately 46% of the overall value of the business and assets. The Inheritance Act 1975 claim was not given any further consideration.

Perhaps the fundamental cause of this dispute was a breakdown in family relations leaving the claimant feeling aggrieved. This case provides a lesson whereby valuable farms should endure thoughtful and formal succession planning whilst maintaining open lines of communication with family members.

However, Wills and partnerships are not always the cause for litigation, as the following cases demonstrate:

In this case, the High Court considered the tenants' claims they had either an agricultural holding, the right to a new lease (under the Landlord and Tenant Act 1954) or were eligible to an interest by way of proprietary estoppel.

The claimants, Mr and Mrs Smyth-Tyrrell were the tenants of 9.5 acres of land located on Boswidjack Farm, Cornwall. The defendant and landlord was Mr Bowden, and Mr Bowden’s late father agreed on the original tenancy, in 1993 to the claimants, Mr and Mrs Smyth-Tyrrell. It should be noted, that at the time the lease was granted the land was in poor condition, however the claimants spent time and money restoring the land and renovating the buildings.

The late Mr Bowden drew up a tenancy agreement and began to let the property to the claimants. He later gifted the land to the defendant in 1999.

The claimants began paying rent and decided to renovate the buildings, this came with a substantial cost. In 2008, the original tenancy expired but they continued to occupy, in 2011 the defendant issued a rent increase and by 2014 the defendant served a notice to quit on the grounds they wanted to occupy their property for business purposes. The Smyth-Tyrrells disputed this and made three claims;

·         They had an interest in the property under proprietary estoppel.

All three claims failed, and the case was dismissed.

A key issue in this case was that neither party could provide a copy of the 1993 agreement that was signed by the late Mr Bowden. Therefore, the original lease under section two of the Law of Property Act [1989], would not qualify as a valid agreement. Subsequently, the Judge held that the claimants had occupied the property under a periodic tenancy. The Court found that they did not have an AHA tenancy, as they were not occupying the land for agricultural purposes and they did not have a Landlord and Tenant Act [1954] tenancy over the dwelling, and the remainder of the property was irrelevant as the defendant had actively opposed a renewal on the ground they wanted to occupy the property themselves for the purpose of running a business.

To avoid similar litigations, landlords should be advised to avoid creating or depending on unofficial promises which could allow a tenant to rely on an estoppel claim. Furthermore, any heads of terms should be recorded and signed by both parties and, scenarios where tenants continue to occupy property outside the term date, should be avoided.

This case involved a dispute between an unmarried couple, the court decided whether a former partner was entitled to a share of the funds raised on the sale of Ballhill Farm in Devon.

The claimant, Jacqueline and the defendant, Matthew entered into a relationship in 2004 and began cohabiting in a rented property in 2006. By 2007, the defendant purchased Ballhill Farm by way of a mortgage in his name alone. The relationship deteriorated and by 2011 the parties had decided to go their separate ways. However, prior to this, the claimant had carried out renovation works to the stable yard and the farmhouse at her own expense, with intentions of running an equine livery business from the holding. The claimant vacated the holding in 2012, and it was put on the market, but it failed to sell. The defendant decided to apply for a change on use from agricultural to residential and rethatch the roof before the farm later sold to a third party in 2017.

The claim was dismissed on the basis that the claimant had not relied to her detriment. As shown in Morris v Morris [2008] and James v Thomas [2007] it is to be expected that the claimant behaved the way she did because of the relationship she enjoyed with the defendant, rather than the alleged agreement between the parties.

The key issue in this case was the lack of legal formality in any of the alleged agreements. There was no written agreement between the parties that the claimant should receive a portion of the profits raised on the sale of their shared home.

To avoid reaching litigation under proprietary estoppel it is imperative that farming families and farming partnerships maintain open lines of communication in regard to the position of the farming business, whilst formally documenting any promises and tenancies agreements. Such cases as these can be particularly costly in more ways than one.

Our Professional Services team operate throughout the entire South West via the network of Stags 21 offices. Get in touch if you feel we can be of assistance.