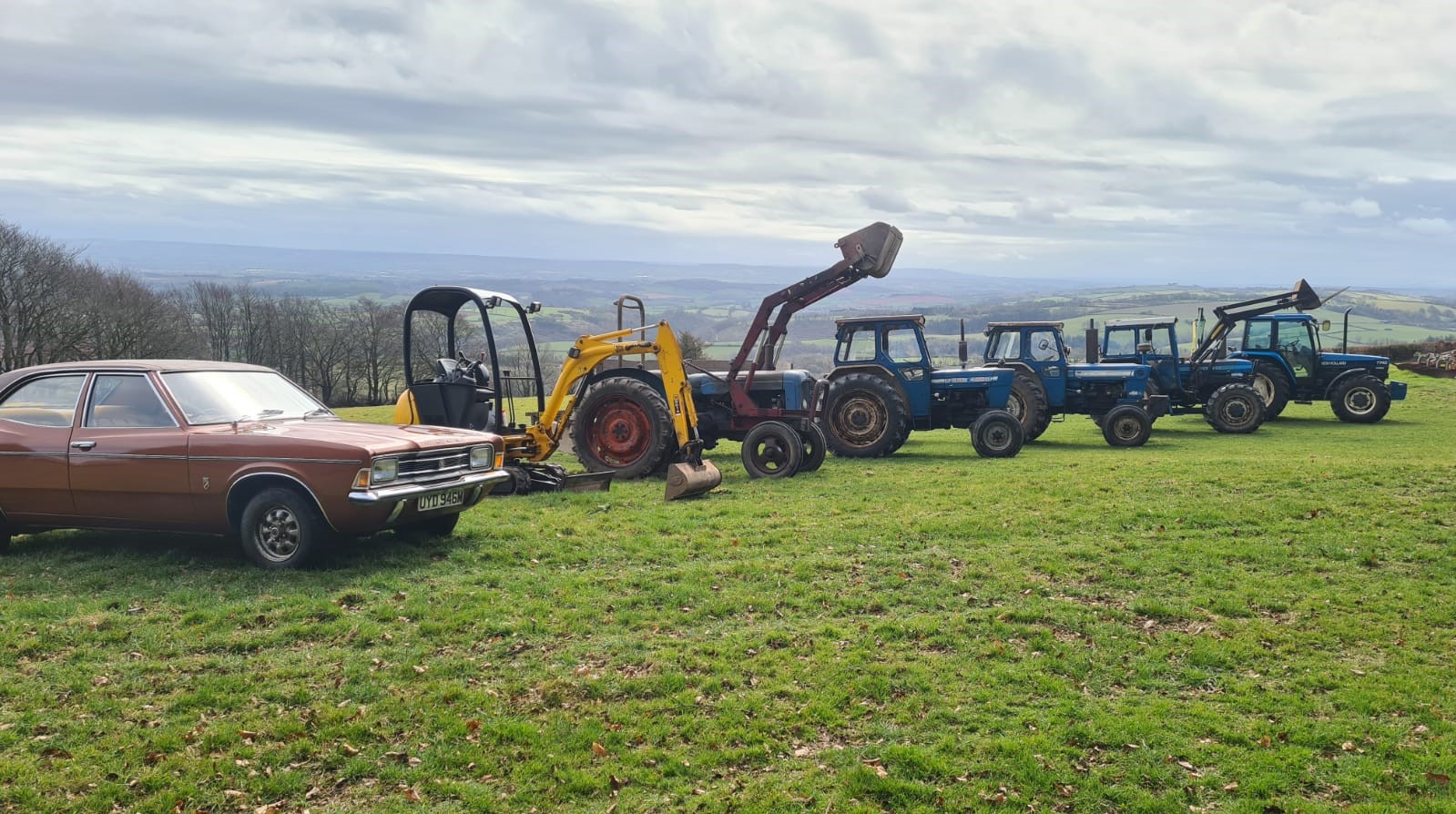 Despite lockdown restrictions beginning to ease, Stags Auctioneers’ report their third collective online timed auction of tractors, vehicles and excavators, farm machinery and agricultural sundries, of 2021 to be their most successful sale to date with 1,162 lots offered for sale with a total clearance rate of 82%. Stags have conducted these sales for over 5 years and are the most well placed firm of auctioneers to serve the Westcountry’s land-owners and farmers to get market value or better for their assets. Stags team ability to photograph, advise on price and sell assets on site, as well as offer a fixed location site at Cullompton gives vendors unrivalled flexibility and low cost options to maximise the sale price of their items. In the first quarter of 2021 alone over £1.75million of machinery has been sold through their online auction platform benefitting from an increasingly worldwide database of clients seeking second-hand plant and farm machinery and equipment. A surge in values driven by export trade, the increasing cost of new machinery and COVID inflicted waiting lists means there has never been a better time to market your surplus equipment.

Amongst the line-up this time included a dispersal sale from the foothills of Exmoor of 5 Ford tractors, a Ford Cortina 2000E vintage car & a JCB 8014 1.5T mini digger. The highlight of the dispersal was the rare and iconic 1975 Ford 7000 Dual Power 2WD tractor which had been owned by the same family since 1979 and ended up selling for an excellent £24,600 to a purchaser in Hampshire. The Ford New Holland 7740 4WD tractor closely followed and finally sold for a stomping £18,750. In-fact 4 out of the 5 tractors that were part of the same dispersal were sold to buyers who had not previously viewed the tractors before purchasing, demonstrating the confidence placed in the descriptions provided, with the 4 other tractors finding new homes in Northern Ireland, Wrexham, Cornwall and Wiltshire. The other star of this dispersal was the 1974 Ford Cortina 2000E car which had been in the same family since new which sold for £11,100 locally to a collector near South Molton.

Outside of the dispersal sale saw 33 other tractors, excavators, quad bikes and vehicles sold with the highlight being the 2001 John Deere 6420 4WD tractor with a Quicke loader which came straight off a working farm near Taunton, Somerset and ended up with the hammer falling at a price of £29,800. Closely behind was a very smart 2013 Land Rover LWB 110 Station Wagon with only 20,000 miles on the clock which ended up selling for £26,300. Furthermore a 2008 John Deere 6330 4WD tractor with a JD Loader which didn’t quite meet it’s reserve in the auction was later sold for £26,000. The same vendor, a dispersing ex-dairy farmer, also sold their well used 2000 Case MX100C 4WD tractor with Quicke loader for £13,900. Also taking advantage of the strong demand for second hand tractors was a young farmer from Tavistock who had hoped to achieve £12,000 for a 2004 Landini Vision 85 4WD tractor with loader which ended up sailing past that figure to sell for £15,400.

Also attracting keen bidding and exceeding expectations were 2 JCB 8014 and 8015 1.5T mini diggers with the first of these receiving 20 bids to finally sell for £11,111; and the latter, a farm machine from near South Molton, realised more than the vendor had paid for it 5 years prior at £6,700. A shorter entry of farm 4x4’s and pick-up trucks saw the best, a 2015 Mitsubishi L200 double cab pick-up truck achieving £9,327 having only been entered 6 days prior to the conclusion of the auction.

Away from the tractors, diggers and vehicles, farm machinery also enjoyed a buoyant reception from the 50,000 people who viewed the sale throughout its duration, with the top prices including a 2007 Pottinger Torro 5100 forage wagon achieving £14,900 for a farm reduction sale from Holsworthy who also sold a well used 1997 New Holland 95 wheeled digger for £10,800. Other headline prices in the machinery section included a 2014 Maschio 5m Aquila 5000 power harrow selling to £14,800 with the purchaser being an agricultural engineer from Suffolk. Other high flying prices included a set of Dalbo 6003 folding rollers which stormed past their reserve price to achieve almost double the vendor’s expectations at £7,800. Cornish consignors sold a Barford D16 dump trailer for £7,500 while a Kemper Champion 6 row maize header reached £5,400 and a well presented Opico 6m grass harrow with air seeder sold to the same price.

These auctions are set to continue throughout the year despite Stags and other auctioneers now able to conduct and book traditional onsite dispersal and collective public auctions. Entries of farm machinery and agricultural equipment and now being received in preparation for their next sale scheduled to take place at the end of May 2021.

If you have machinery to sell, a single item, collection or dispersal, please do not hesitate get in touch with our team of experts – 01769 572042 or email auctions@stags.co.uk