New PDR could allow five new dwellings from a barn 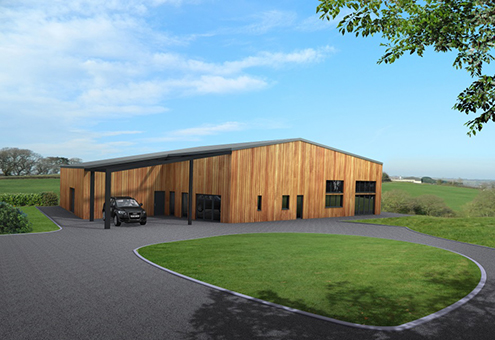 The Barn at Begbeer Farm near Spreyton which is currently on the market with Stags. The Professional Services team at Stags helped the vendors secure PDR on barn to create a fabulous 5 bed house. For full details visit stags.co.uk

The Department for Communities and Local Government (DCLG) is reported to be consulting on the introduction of a new agricultural-to-residential permitted development right (PDR) which would allow conversion of a farm building of up to 750m2, for a maximum of five new dwellings, each with a floorspace of 150m2. As it stands under current Class Q legislation, up to three units can be created with a maximum floorspace of 450m2. A single dwelling of 450m2 is permitted under Class Q, but would not be allowed under the new rule.

The government document says it will also revise planning guidance to clarify what constitutes ‘reasonably necessary’ building work to convert barns to homes under the Class Q rules, as well as increase the threshold to 465m2 to remove an anomaly.

Head of Stags Planning Services team Alister King-Smith says the changes aim to support the delivery of rural homes for rural workers. ‘The shortage of housing in rural areas is recognised as a major problem by the government. By allowing larger agricultural barns to be converted in to a higher number of smaller homes, they can be seen to be helping the supply of affordable housing.’

If you would like a discussion with Alister King-Smith on the eligibility of your agricultural barns for conversion under the current or future rules, please call 01392 439046.