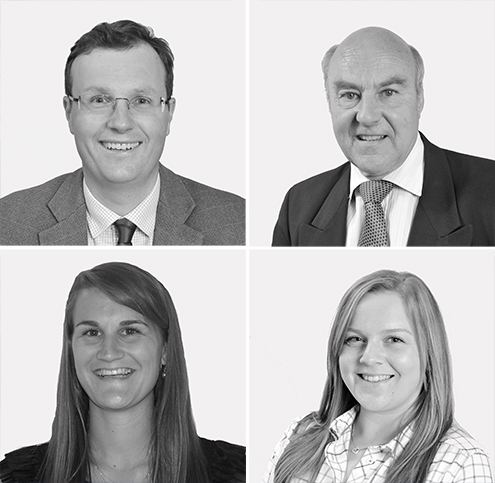 The partners at Stags have announced that they have added to their ranks, with the appointment of George Alder as full equity partner from 1 January 2017. An extremely popular member of the Stags family, George heads up the company’s successful Farm Agency department. During his time with Stags, George’s unstinting passion for selling farms and land across the South West has not gone unnoticed. His positive attitude and willingness to go the extra mile has proved a winning combination, and under his leadership the department has gone on to claim a 50% share of the farms and land market in Devon.

Meanwhile Michael Powell, a familiar face to many in the South West farming community, has announced that he will be hanging up his boots (or should that be shelving his gavel?) from 31 December 2016. Michael began working for Stags in the 1980s and quickly established a name for himself as a high calibre auctioneer and rural Chartered Surveyor. He was invited to become a Stags Partner in 1984, going on to take the Chairman position a few years later. During his tenure he has helped thousands of rural clients and been responsible for hundreds of auctions across the South West. In his retirement Michael plans on spending more time at home with perhaps the odd sojourn to follow the England Cricket team when they visit warmer climes!

From 3rd January 2017, Lydia Cox rejoins Stags after a year away, returning to her position as a Rural Surveyor. Lydia will be working from the Stags Tiverton office, covering the Mid and North Devon areas, and will be advising on all types of rural professional services.

Congratulations to Caroline Foot of our Launceston office who has passed both her RICS and CAAV exams this month. Well done!

‘My fellow partners and I are delighted that George will be joining the partnership in 2017,’ says Alex Rew, Managing Partner at Stags. ‘He brings with him an impeccable work ethic, excellent communications skills and unsurpassed knowledge of the farms and land market in the West Country. We also are delighted that Lydia will be returning to the fold, and would like to offer our heartfelt thanks to Michael for all his years of hard work with Stags. We wish him well in his retirement.’