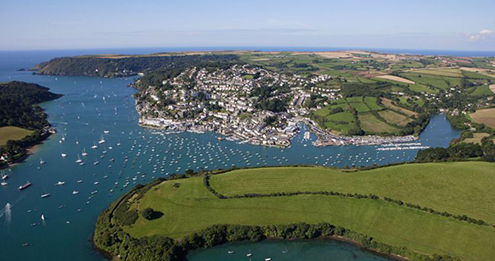 Stags waterside department has seen a modest start to 2015, therefore it would be tempting to predict an anaemic year for activity with a similar number of transactions at similar prices, however, I am not sure that this tells the full picture. We always expected the forth coming general election to cause a great deal of uncertainty, they usually do, and such a close fought campaign is bound to cause a more uncertainty than normal, and any market hates doubt. Whilst the bookies and political pundits worry about whoever ends up with the keys for ‘Number 10’ in May, our view that on balance the potential and economic risks are not expected to fully materialise. But what impacts do we expect to see on the housing market specifically for waterside homes in Devon, Cornwall, Dorset and Somerset.

We're in unchartered waters, so predictions are difficult, but with real terms wage growth no outstripping inflation for the first time in nearly a decade since the banking crisis first took hold, it would be prudent to forecast an a modest increase in activity, but again I am not sure that this is the full picture. Our network of branches is beginning to report higher demand across the South West predominantly from the baby boom generation, either looking to retire to be beside the coast or looking to take advantage of the respectable holiday let returns that waterside property generally generates.

Part of the reason we believe there are more reasons to be optimistic than pessimistic, is that one of the short term factors will be the new pension rules that come into force in April, allowing prospective purchasers to draw pension funds down without buying an annuity. A waterside property with the ability to generate returns of up to 8% per annum plus allowing you to have ‘free’ holidays for you and your family will prove very temping for many compared to other lacklustre investment vehicles.

Reports coming from London indicate that the housing marketing in the capital is beginning to show signs that it is slowing down. Now whilst this may not on the face of it appear to be good news, early indications that this may explain the recent increase in buyers looking in the buyers from the South East. Logic would dictate that whilst the housing market in the South East performed strongly thought out the recession there was little pushing buyers down the M4, M5 as house prices rose in the South East and fell in the South West. Finally this disparate looks like it may not continue increasing thereby encouraging the baby boomers to finally retire to this wonderful part of the world.