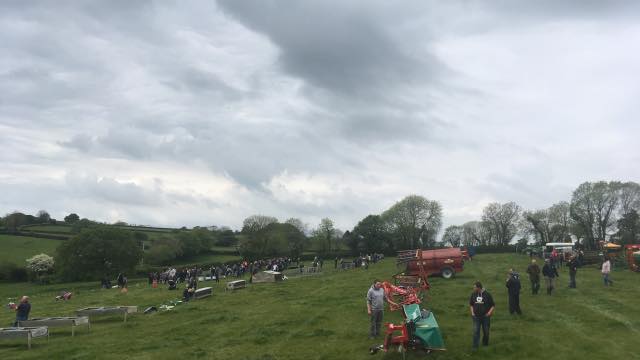 Stags On Site Sales Team were back in West Devon on Saturday 18th May to disperse the farm machinery and equipment for Peter & Anne Crozier of Leigh Farm, Bere Alston. Following a wet and cold night before the sale day the sun shone throughout the sale day and a large crowd of both local and away purchasers assembled on the farm. The sale followed Peter’s decision to retire from farming and the dispersal of cattle through Tavistock Livestock Centre the week before.