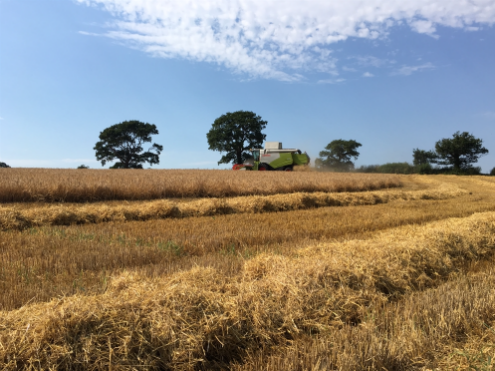 Stags Farm Agent, Andrew Ranson, looks at the latest market trends for Cornish farmland prices from the heartland to the Devon borders.

“Despite only recently commenting on the market in this newspaper, I feel that in these quickly changing times, a further update is useful.”  Although land values across the UK (according to the RICS) fell by 7% last year, this is not necessarily reflected across the South West. This is down to a number of factors, the most significant being the lack of supply of farms and farmland across the South West.

Although the vote to leave the EU will bring considerable change to the UK’s agricultural industry, it is important to remember that the majority of farmers voted in this way.  Despite the uncertainty of the future of a subsidy system and the outcome of trade negotiations, many farmers are used to trading with similar levels of uncertainty and see leaving the EU as an opportunity rather than a threat.  Consequently, the agricultural land market remains remarkably robust.

As many farm agents will agree, most buyers have become more cautious, particularly with regard to the less popular properties. However, only a stone’s throw away, “hotter” areas are demonstrating stronger prices.”  Understanding the local market in your area is important, yet remains hard to predict.

Positive factors that contrast with uncertainty have historically included very low interest rates, improved commodity prices and subsidy payments due to the weak pound and a continuing number of investors who have the benefit of roll-over funds from development land sales.  Looking forward, the Government has announced its aim to build more than a million homes by 2020.  In another statement, the Government has announced it is bringing forward an Agricultural Bill to provide stability to farmers as the UK leaves the EU and to support farmers domestically and in the global market.  It appears likely that it will stand by the Conservative Manifesto to “commit the same cash total in funds to farm support until the end of the Parliament.” This Bill also offers an opportunity to simplify some of the red tape involved with farm support and environmental subsidies. The expectations are that with the significant amount of Brexit work ahead, it is unlikely to be introduced until the 2nd half of 2018.