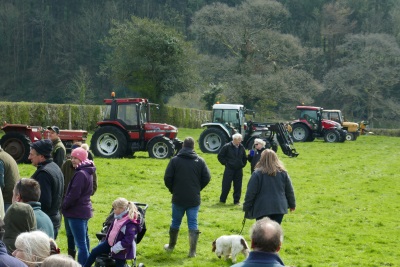 Following the sale the day before at Overlake Farm, Northlew the Stags On Site Sales Team headed further west to Ireland Farm, Coryton, Okehampton on Saturday 13th April.  The sale was held on behalf of Messrs C J Squire & Sons with Clifford and his son Martin presenting the range of Farm Machinery and Livestock Equipment impeccably.

Having relinquished the farm  tenancy and already dispersed the livestock the last job was to sell the equipment.