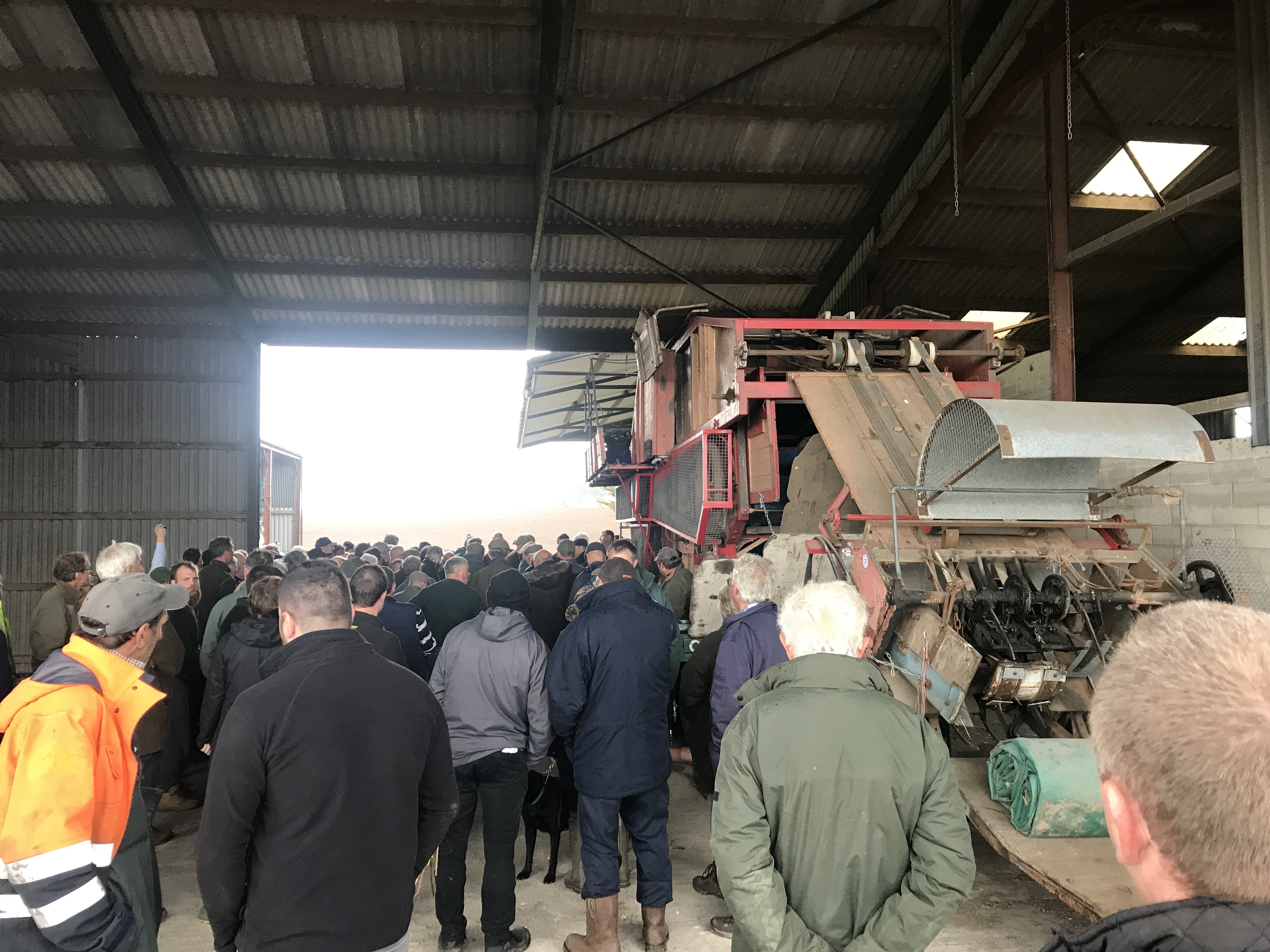 Stags On Site Sales Team were back on the road this week with a very interesting dispersal on behalf of Robert Hembrow at Holly Farm, Stoke St Gregory, Near Taunton. Robert was well known for producing quality thatching reed for a number of years and his decision to properly retire brought on the sale of his thatching reed equipment and other farm machinery.

The weather was kind in the lead up to the sale and a large crowd assembled with most thatching reed producers in the South West in attendance. The star of the show was the Marshall Reed Comber with Trusser, Conveyor, Belt and Pulley being originally built in 1896/7 (and the Reed Comber added in the late 1940’s). Robert bought the Reed Comber from John Perry, West Monkton in 1998 who was a well known contractor. The crowd of potential purchasers and over lookers fell silent as the Reed Comber was offered for sale. After a protracted bidding war the hammer eventually fell at £42,000 to go to a new home at Wembworthy near Chulmleigh. Other specialist thatching equipment also met much interest with the 2014 J Matravers press exceeding all expectations at £4700. A 6ft Cut Albion Binder sold for £900 and many of the spares for the binders and reed combers making strong money. Then the machinery press were also strong with the 1995 Ford 5030 Synchro Shuttle Tractor selling at £11,000; the 1985 Case 1694 Hydra Shift Tractor making £9000 and the 1977 Ford 3600 realising £3600.