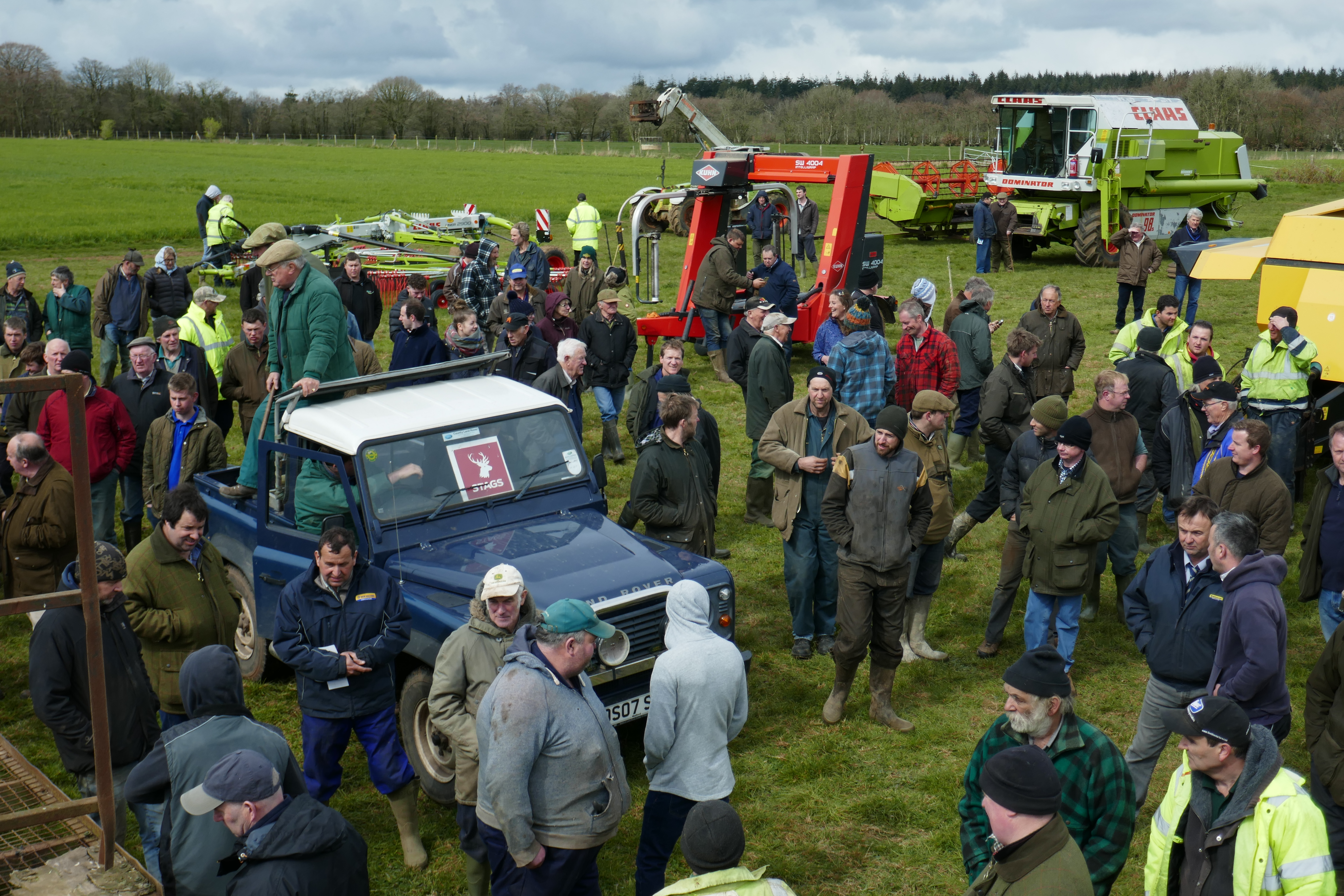 Stags, auctioneers were delighted to be instructed to conduct the retirement sale of tractors and farm machinery on behalf of Messrs DB Hawkins & Son on Wednesday 3rd April 2019 at Highlands Farm, Sheldon. A largely dry lead up to the sale and much hard work and dedication from Robert Hawkins enabled excellent presentation of the machinery and there were some top quality lots to attract interest from far and wide. Auctioneer, Chris Clapham commented, “I don’t think the firm have ever received so many enquiries from overseas prior to a sale before with numerous enquiries from Poland, Northern & Southern Ireland with many of these purchasers bidding via phone or in person. We pride ourselves on capitalising on the wide range of advertising mediums available to us and certainly for this sale the results produced it were clearly evident by the range of purchasers present on the day”

All the sale ‘fireworks’ were not just received in the main sale with nearly 50 outside vendor lots entered into the sale and producing the top price of the day at £60,300 for a 2014 Fendt 718 Profi Tractor which travelled over 60 miles to be entered into the sale. Many neighbouring farmers took advantage of this outstanding sale opportunity and vendors for the 2004 John Deere 6920 Tractor c/w loader were rewarded with a hammer price of £21,750; Other vendors sold a 1995 Ford 6640 Tractor c/w Trima Loader at £13,800; a Lucas G Castor 30R Trailer Straw Chopper at £3750; an Accord 4 Row Maize Drill at £3700; £3300 for a 10ft Claas Mower; £3000 for a Marston Grain Trailer with a Marston 8 Tonne Silage Trailer at the same money.

Successful purchasers were seen from across the country and beyond including: Northern & Southern Ireland, Norfolk, Chester, Lincolnshire, South & North Wales, Devon & Cornwall demonstrating the commendable quality of lots on offer and underlining that good quality second hand machinery is still very much in demand, especially when being sold in a genuine dispersal sale.