Handsome home with a tale to tell 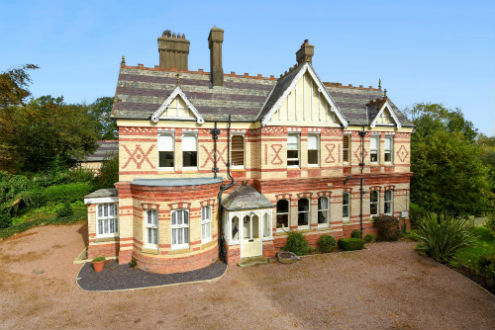 If ever you’re looking for a house that can double up as a conversation piece, then Stoneleigh in North Devon most certainly fits the bill.

Not only was it built by one of the Victorian era’s leading architects, it was also the family home of the former head of the British Army, Field Marshall Sir Gerald Templer.

“I truly can say that without Sir Gerald, we might all be talking German now,” says its current owner, Adam Walker. A former Sunday Times property columnist, he runs a national estate agency consultancy and has been, as he says, “in property for a very long time”.

Adam and his family, who have a main home in London, have also been visiting the charming town of Bideford in North Devon for a long time. “We always had our holidays there when the children were little and, seven years ago, we decided to buy this beautiful house in the pretty village of Northam, within walking distance of Bideford town centre and the sea. 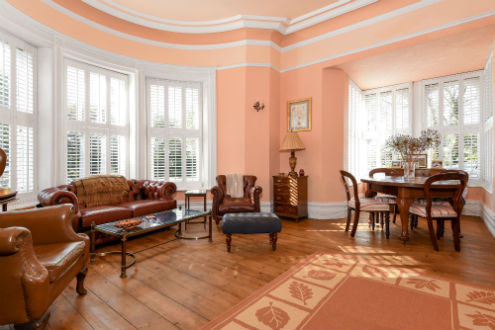 “The history of this house is just fascinating,” says Adam. “In the 1940s and 50s it was owned by Field Marshall Sir Gerald Templer who fought in both world wars and went on to become head of the British Army from 1955-58. He was nicknamed “The Tiger of Malaya” for his campaigns in Malaysia in the early 1950s.

“What is more, it was built in 1881 by the architect William Bryden as his own family home. Brydon also designed Bideford’s handsome Pannier Market and Town Hall, so it is fair to say that without him, Bideford would not be the place it is today.”

Bryden later moved to Derbyshire to work for the Duke of Devonshire and did a lot of work on Chatsworth House. As you’d expect, Stoneleigh has lots of high Victorian character details: ornate brickwork, imposing chimneys, wood panelling and tessellated floor tiles. More unusually, it also has what was then a state-of-the-art rainwater harvesting system. “It was all very ahead of its time,” says Adam. “The water from the gutters was collected in a huge tank under the yard, then brought up using a hand pump.”

In the 1940s, the property was purchased by Field Marshall Sir Gerald Templer who was a senior officer in the British army throughout the Second World War.

By the time the Walker family bought it, however, in 2011, Stoneleigh’s days of grandeur were long past. “The house had been divided into flats in the 1950s,” explains Adam. “Many of the grand rooms had been divided into two, the servant’s staircase had been taken out and – worst of all – the beautiful brickwork had all been covered in 12,500 ceramic tiles.

“When we started to remove them, we revealed the fantastic Victorian bricks underneath. It’s astonishing to think that William Bryden was only 29 when he designed the house.” 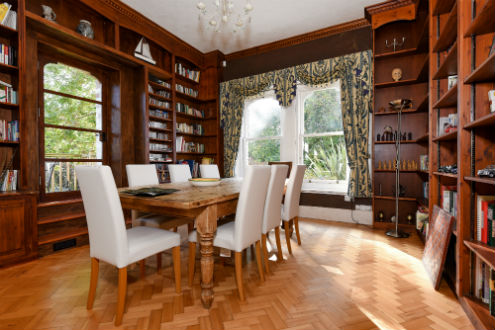 The Walkers have lovingly restored the property. “Our aim was simply to get it back to how it was when it was first built,” says Adam. “It’s a wonderful family home and so carefully thought out. The sun moves round the house through the day so that it shines in on the library, where we eat breakfast, and the kitchen in the morning, then moves across the front of the house through the day. And finally there is a big west-facing window in the sitting room to catch the evening sun.”

Today the property has been restored to offer six bedrooms and five reception rooms. It also comes with a detached two-bedroomed coach house and a detached cottage, both of which have letting potential. It’s an enticing prospect for a new owner, as the Walkers have decided to move on.

“Our children have grown up, we live mainly in London, and it’s now time for a new family to have fun here,” says Adam.

Stoneleigh also has great potential as a B&B or boutique hotel, and there is ample roof space in the attic to add more rooms. Cider Cottage, a pretty building in the grounds, has planning permission to be used as a self-contained one-bedroomed property, ideal as an annexe or holiday cottage. The two-bedroomed Coach House has been let out for holidays and achieved an average annual income of £18,000 a year (over 20 weeks).

All in all, there is a lot of house here for the new owners to enjoy. Who knows what the next phase of Stoneleigh’s history will bring?

For more information about Stoneleigh, please contact Stags in Bideford.