Getting used to uncertainty 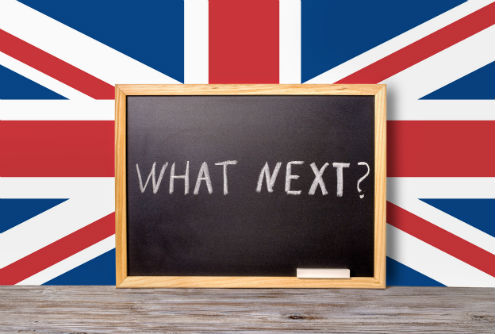 No-one likes uncertainty, least of all the markets, property included. So to what extent have the perceived failings of the political establishment and the country’s “rebellion” against the European Union impacted on the South West property market? And what does the future hold as we progress into an ever-shifting “Brexit” landscape?

The answer is, in truth, far simpler than the above would initially have us imagine. Stripped back to its simplest equation, the property market is purely a function of supply and demand.

The South West has always been a popular destination for the retired and second/holiday home market but with the roll out of superfast broadband facilitating remote and home working, an ever-increasing number of house hunters are viewing the West Country as a highly attractive option. In fact, the speed of internet connection is climbing ever-higher on the prospective buyer’s “essentials” list.

The property hotspots of Bristol, Cardiff and of course London, driven by heavy investments into re-development and infrastructure, have displaced opportunistic sellers, sending them westwards in search of the “good life” and proportionally lower prices. Demand therefore for property in the South West continues to be as constant as ever.

Supply however, or in layman’s terms, the number of properties on and coming to the market, is a different story. In real terms, year on year the amount of available property to buy has fallen by approximately 10%. For most of us, our homes are our most valuable asset and the possession we are least likely to “risk”.  In any unknown situation, such as the recent election where the outcome threatens an increase in austerity, the average homeowner will delay any moving plans.

This has very much been the story so far this year. Demand in the South West has remained reasonably constant from 2016, largely unaffected by the referendum and recent election, which have conversely created “uncertainty” for sellers and therefore reduced supply. Pressure has consequently been applied to property values and despite all the odds, prices have increased, albeit marginally, year on year.

Removing the uncertainties removes the perceived “risk.” There is a certain amount of comfort knowing where you are; even if you don’t always like it you can plan accordingly.  With the result of the election now known it is too early to tell if sufficient confidence has returned to tempt new sellers to the market, but the signs are looking promising.

As for the future, yes it is still a little uncertain, but with three major events in as many years, we are getting reassuringly used to this feeling.