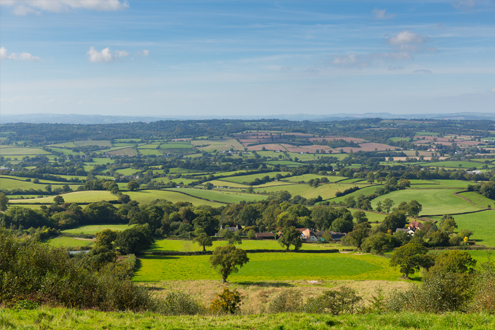 Despite the continued uncertainties surrounding Brexit, there is still a market for farms and land. George Alder, Head of Stags Farm Agency, comments “We have continued to see demand from all types of buyers for farms and land despite uncertainty for farming businesses on what will happen with trade deals and future subsidy payments.”

As we near the end of 2017 we have a number of sales nearing exchange and completion and some of our farm buyers have now moved into their properties. A recent example is Bigport Farm near Exeter which appealed to a farming family from outside the area who had sold their smaller holding in the south east to relocate to a quieter way of life in the south west. The sale was agreed in August and due to open and continuous communication between Stags, the buyers, and both sets of solicitors, the sale was successfully concluded by the end of October.

To date for 2017, Stags Farm Agency has sold 13 farms, with another 7 soon to exchange, quite a feat given the incertitude in the market place with some buyers holding off until there is more certainty with the Brexit deal. The key to achieving these sales has been to widen the appeal to a broader audience of buyers by offering the farm in lots and, in fact, this year 60% of our farms have been sold in lots.

For the land market the question we are regularly asked is what has happened to values? In truth, we have seen a few cases of some land slipping back in value, but also some increases in value, particularly for the better quality land, with demand still from farmer buyers keen to expand taking a long term view. Across Devon and Cornwall, Stags’ figures for 2017 to date show a year on year increase in value of about 3% and the current average land price for Devon and Somerset stands at £8,157/acre. This is based on the 2,000 acres we have sold so far this year.

The future? Going forward we are regularly asked what may happen to farm and land prices. At present we don’t expect any drastic changes as we are seeing a balance between the number of people selling and the number of people wishing to buy. However, should this balance change, as a result of a substantial reduction in farm profitability caused by a future trade deal and no farm subsidy, this could result in more land coming to the market and if there was an over-supply, this could influence values.

However, to end on a positive note there is still optimism within the farming industry and buyers are taking the view that if the opportunity is right, they will take it in order to expand and develop their farming business.

If you have any questions for Stags’ Farm Agency Department please call 01392 680059 or email farms@stags.co.uk.