A tale of three cities: why the West Country is so much more than moors and coastline 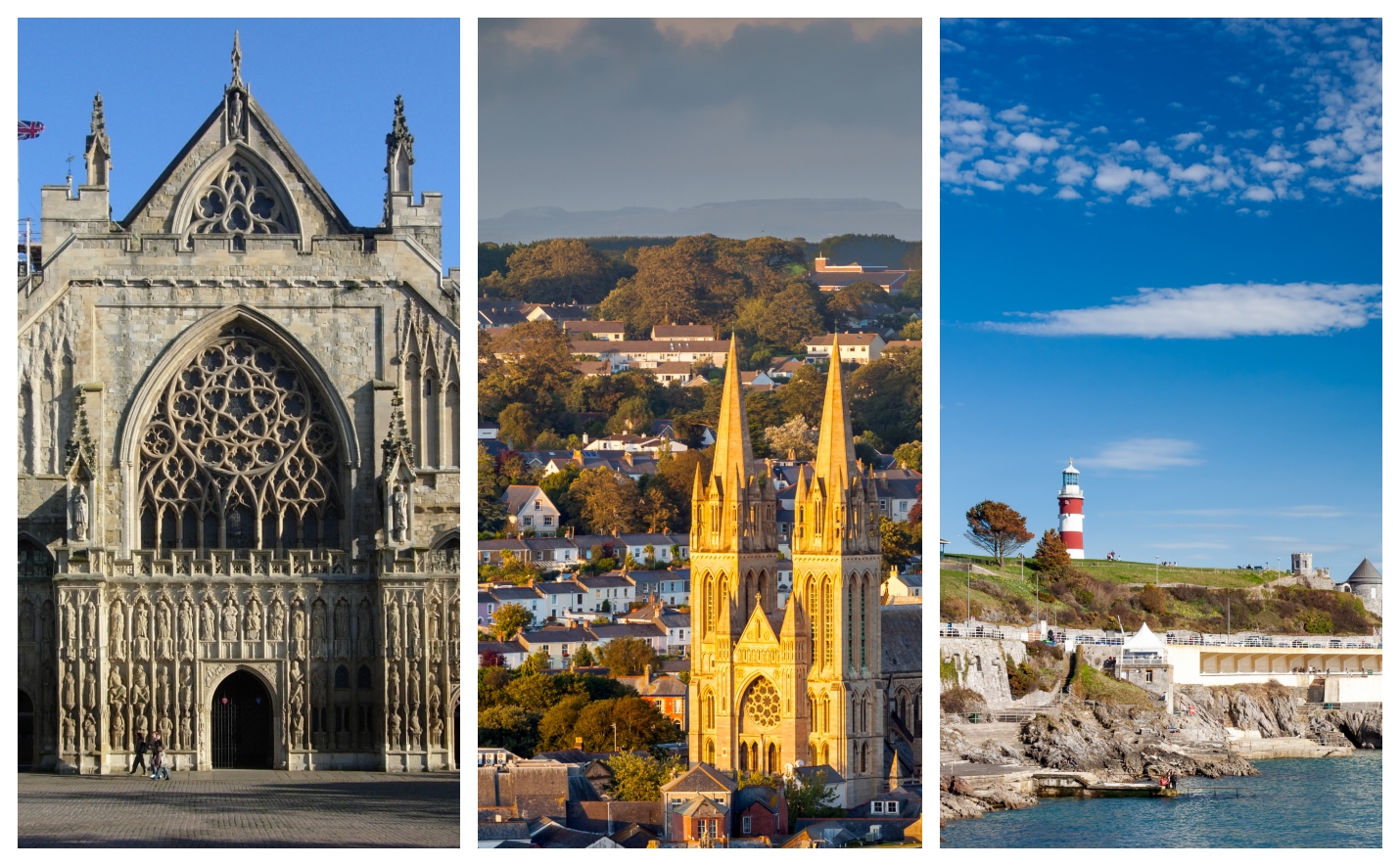 You don’t have to live down a muddy lane to enjoy the West Country lifestyle. How about a move to one of the region’s three thriving cities instead?

If you’re thinking of relocating to one of the South West’s three cities of Plymouth, Exeter or Truro, then you are not alone. “We are finding that, increasingly, people come to us saying they want to live in the South West but don’t want to buy in a remote rural location. They don’t want to have a long drive to go shopping or for the school run,” says Emily Gibbons of Stags, Exeter. “Instead, they are looking for a city property where they can enjoy the café culture, with plenty going on every day. Then they enjoy going out into the countryside nearby at the weekends.” 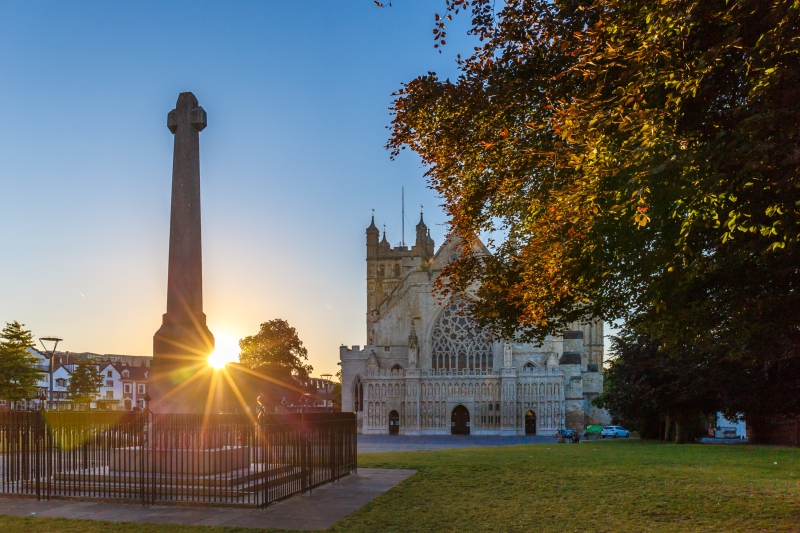 Emily says that within Exeter one of the most favoured areas of the city is St Leonard’s. A short walk from the city centre, St Leonard’s is leafy and quiet, with good schools and housing stock. “It is here that you will find the independent shops and cafes on Magdalen Road plus private education at The Maynard School and Exeter School. There is a real village atmosphere,” says Emily. “The properties here include a selection of handsome period properties and it is a short walk from St Leonard’s down to Exeter Quay where there are watersports, good walks and lovely places to eat outdoors.” Stags is currently selling a handsome four-bedroomed home on Denmark Road, St Leonard’s, for £600,000.

View properties for sale in Exeter

Elsewhere in the city, Emily recommends the Pennsylvania area which offers large family homes with gardens, parking and views, although a slightly longer walk into the city centre. “This area is very convenient for people working at Exeter University, which is nearby, whereas St Leonard’s is more convenient for staff working at the Royal Devon and Exeter Hospital. Another popular area with good period properties is Heavitree.” Near the university, Stags is selling Taddyforde House North, a Grade II listed four bedroomed property, near Exeter University for £550,000.

It is no surprise that Exeter is a draw for house-hunters these days, both from outside the region and from people who previously lived in the Devon countryside. “There is so much going on here,” Emily says. “There are so many good restaurants, several theatres, lots of arts events and excellent shopping too. The city is still small enough to be walkable throughout the city centre and is very friendly and safe, too.”

“In terms of education, as well as the private schools we find people often asking to be within the catchment areas of good state schools here, especially West Exe, St Peter’s and St Luke’s secondary schools. When it comes to post-16 education, Exeter College has an Outstanding rating with Ofsted.” 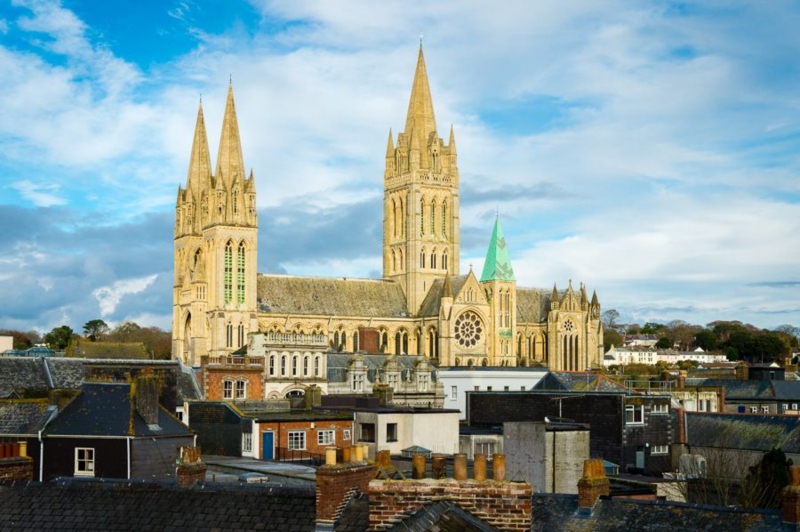 Elsewhere in the region, Truro’s property is also proving popular, says Melanie Ayling of Stags Truro. “This city is very like a smaller version of Bath,” she says. “Truro is the administrative centre of Truro but as cities go it is very small. It has cobbled streets and Georgian architecture plus quirky independent shops tucked away up alleys, nice places to eat and a very laid-back, friendly atmosphere.

View properties for sale in Truro

“In terms of schooling, Truro is the centre for private education for the whole of Cornwall, with Truro High School for Girls, Truro School and Polwhele School here. The two state secondary schools, Penair School and Richard Lander School are also both very popular with parents as is Archbishop Benson primary school, as well as Kea and Devoran primary schools on the outskirts of the city.”

Melanie finds that many of her Truro city house hunters are moving for work, often to take up posts at the Royal Cornwall Hospital. Others work at County Hall. “Property prices here can be as high as £700,000 plus for a large family character Georgian property on a sought-after street like The Avenue or Lemon Street but there are many more affordable options too in desirable parts of the city.”  Stags is selling Penmadown, a three bedroom property in the desirable area of St Clement on the outskirts of Truro for £995,000. 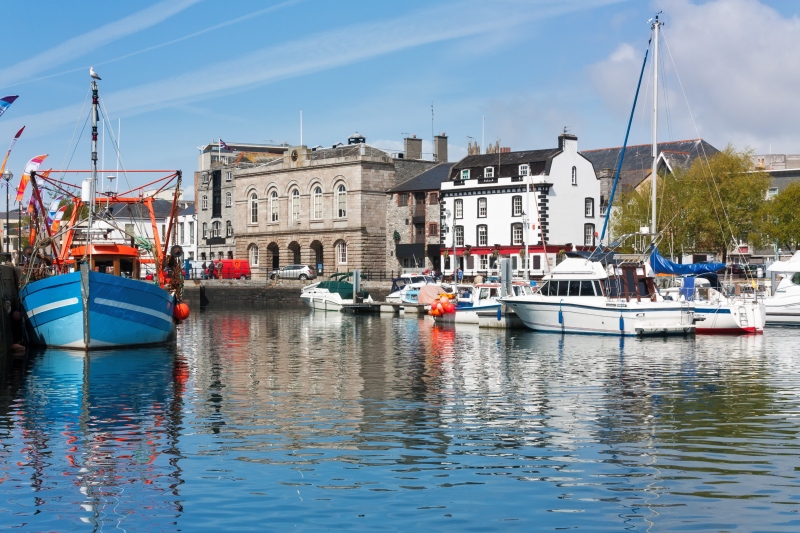 Plymouth the largest of the three cities in the region may not at first glance be the first choice for city life. However, if you take a closer look at the property on offer here and the lifestyle too and you may well be asking yourself, why not, says Hugh Niven of Stags Plymouth: “Famous for being the start and finish of numerous seafaring adventures, Plymouth is a city steeped in history, from Drake playing bowls on the Hoe before defeating the Spanish Armada to the Mayflower Steps, soon to celebrate their 400th anniversary in 2020.

“Highlights include The Barbican with its cobbled streets lined with restaurants, bars and cafés, as well as the Royal William Yard, a Grade I Listed former Royal Navy victualling yard now converted into apartments and eateries.”

View properties for sale in Plymouth

In terms of lifestyle, you can walk on Dartmoor, sail in Plymouth Sound (and further afield) and enjoy wonderful community events such as the World Firework Championships held here every year. The South West Coast Path goes right along the city’s seafront. So now might just be the time to think again about Plymouth and a property purchase here.

Prices in the city are very good value, for example Stags Plymouth is currently selling an end-of-terrace four bedroom family home with a garage and more than 2,000 sq ft  of accommodation, in walking distance of the city centre and Plymouth University, at a guide price of £249,950. Another eye-catching property in Plymouth is an Italian style villa in Osborne Terrace, in the popular area of Stoke, with 4,000 sq ft of space, six bedrooms, large gardens, off-road parking and a garage with a guide price of £545,000.

Stags is also selling Elm House, an elegant Victorian five bedroom detached house set over three floors.  Built in 1851 it has a large walled garden, orangery, garage with parking, cinema room and even a wine cellar, all for a guide price of £850,000.