A first for fodder sales in the South West 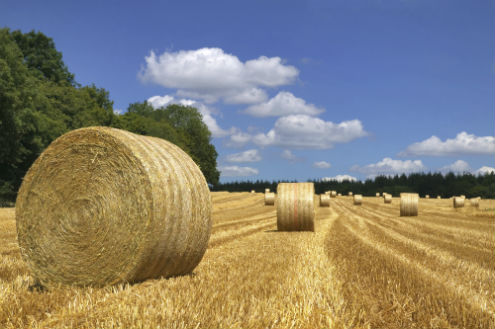 The traditional sight of rural buyers gathered around an auctioneer, waiting for the hammer to fall, is being replaced this month with a much more high-tech and convenient process, thanks to an innovation from the Stags Agriculture department.

Next week sees the launch of the West Country’s first ever online fodder sale. The aim is to provide a digital platform in which fodder from farmers and landowners from across the West Country can be offered for sale to bidders online.

The new Stags online platform incorporates competitive bidding over a ten-day period allowing purchasers to make enquiries and visit the lots listed for sale at their convenience.

The sale is a concept devised by young auctioneer Harvey Pile of Stags Agriculture department. “It follows on from several successful online Stags machinery sales, with another set to launch on the January 21, offering a wide range of vehicles and machinery at the touch of a button,” Harvey said.

Harvey, whose family farms near Honiton in east Devon, has been a growing influence in bringing Stags’ agricultural auctioneering department firmly into the 21st century.

“Although we are sure that online sales will take time to establish themselves and become a widely accepted service we fully intend to make online fodder sales a regular fixture on our calendar and lead the way in offering the service,”  said Harvey.

The auction, which starts on Tuesday January 23, means that purchasers have no need to attend a traditional auction and can bid online instead. “This frees up their time and potentially enhances the value and geographical market place for the feedstuffs on offer,” said Harvey.

So far the sale has attracted entries from north Devon, east Devon and mid-Devon and Stags will be accepting further entries until 5.30pm on Monday January 22. Following this a further online fodder sale will be scheduled to run at the end of February.

As well as advertising in conventional regional publications the Stags Agriculture department will be promoting the fodder sale through its well-supported Facebook following which currently boasts 4,000 “likes” ensuring a diverse and wider audience is reached.

Full details, entry forms and updated entries can be found here. For any further questions, queries or information regarding the sale pleases contact Harvey Pile.