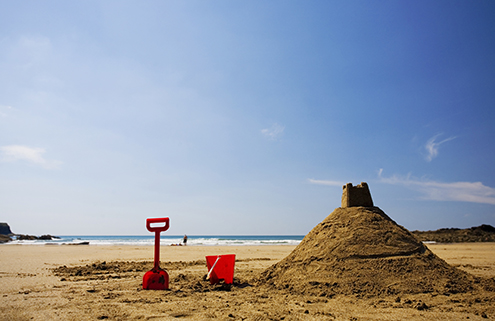 'It's a jolly holiday with Mary' warbled Bert in Mary Poppins.

Back in those days the trains, charabancs and early cars loaded with visitors streamed into the West Country for the annual week or fortnight's holiday. Bathing machines, end of the pier shows, donkey rides and Punch and Judy provided entertainment.

Many accommodation businesses back then were seasonal, opening at Easter and usually closing at the end of September. This practice continued right until the latter years of the 20th century, although the bathing machines did disappear a little earlier. During the winter months owners would rest, holiday and refurbish in anticipation of the next season. Following the publication of the 'holiday guide' they would eagerly await the arrival of deposits for next year’s bookings to see them through the lean Winter months.

How times have changed. Holidays are now taken year round and are of more flexible duration.

VisitBritain recently reported a record breaking first four months of 2016. Yes, through winter. They report that during this period holiday makers took 11 million holiday trips, a rise of 8% compared to the same period in 2015. This resulted in a 22% increase in spending to £2.8 billion, both increases being new records for the period.

Particularly popular were short break holidays of 1 to 3 night’s duration where there was a significant growth of 10% in 2015 with further growth being predicted for 2016.

One example where focused marketing has produced an impressive 6.5% plus growth in revenue is 'Cedar House' at Old Cleave. This attractive Edwardian country house complex has recently been awarded a 4* gold bed and breakfast award by VisitEngland.

Offered for sale at £1.25m, this property is reaping the rewards of the year round 'staycation' in the beautiful West Country and viewing is highly recommended. For more details click here