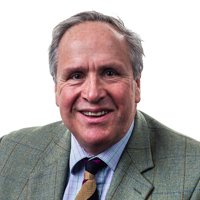 Richard Morris is an experienced land agent, having spent over 30 years managing West Country property. He is a Member of the Royal Institution of Chartered Surveyors (MRICS), and a Fellow of the Central Association of Agricultural Valuers (FAAV). He is Chairman of the Devon and Cornwall Rural Practice group for the RICS and a member of the RICS South West Regional Board.

Richard practices across all aspects of rural property. He manages a broad range of rural estates and properties in Devon and Cornwall where he provides strategic advice, handles landlord and tenant matters, residential property management, rural grant schemes and general practice.

Richard loves solving problems. Alongside dispute resolution, he provides valuation and expert witness advice. He takes a keen interest in the Environment and is expanding his experience of natural capital, regenerative farming, carbon capture and trading.

Richard was raised on a South Hams dairy farm and initially trained with Stratton & Holborow (S&H) in Plymouth. After 10 years as a resident agent with the National Trust in Oxfordshire and on Exmoor, he returned to S&H in Exeter where through merger he became a Director of Savills.

Richard has now returned to his roots at Michelmore Hughes where he first had a week of work experience whilst studying at the Royal Agricultural University.

In his spare time Richard loves messing around in boats and is never happier than when in, on, and under the water. He also enjoys country sports, gardening and cricket. As a “born again” runner he is busy exploring the Devon lanes.