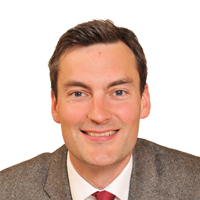 Nick is head of the Stags holiday complex department, which is based in Exeter. His particular focus is on the marketing of holiday complexes in Devon, Cornwall, Dorset and Somerset; however his expertise has also been sought outside the South West area. Having been educated in Devon, Nick went on to attend the University of Surrey where he studied for his degree in business and finance. Following his degree Nick worked in the City of London for 12 years where he rose to a senior management role in a commercial property company.

Having moved back to the West Country Nick now lives on the Devon/Somerset border with his wife and two young children. Outside of work Nick is a very keen sportsman playing rugby and cricket for his local sides. He also takes every chance he can to watch the Exeter Chiefs.