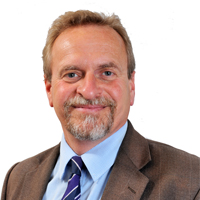 Ian Osborne is Valuer and Office Manager of the Truro office and has been successfully selling both residential and commercial properties for Stags in Somerset, Devon and Cornwall since 1987 when he joined the Okehampton office. He established the Truro office in the late 1990s working hard to make it consistently one of Stags top performing offices. At Truro he concentrates his considerable expertise on the sale of country, equestrian, smallholdings, residential and commercial properties. Prior to Truro he managed the estate agency department in South Molton and in his first five years there quadrupled sales figures. Ian qualified as a Rural Practice Chartered Surveyor in the late 1980s and believes firmly in working to and upholding the professional standards of the Royal Institution of Chartered Surveyors. Ian originally comes from Wiltshire where he represented Wiltshire Minor County Cricket Club (1989-1998) and also played for Wiltshire County Hockey. He is a member of Truro Hockey Club and was treasurer, but his main interests now are raising his family.