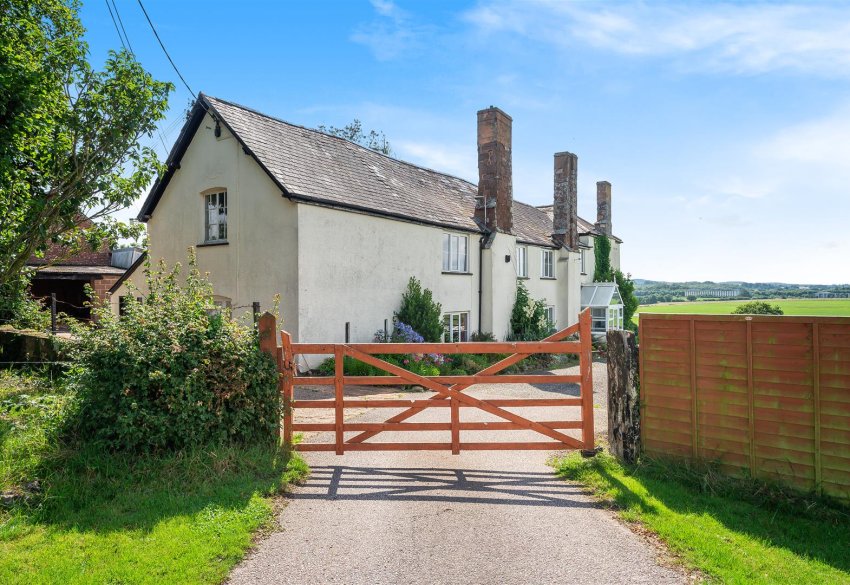 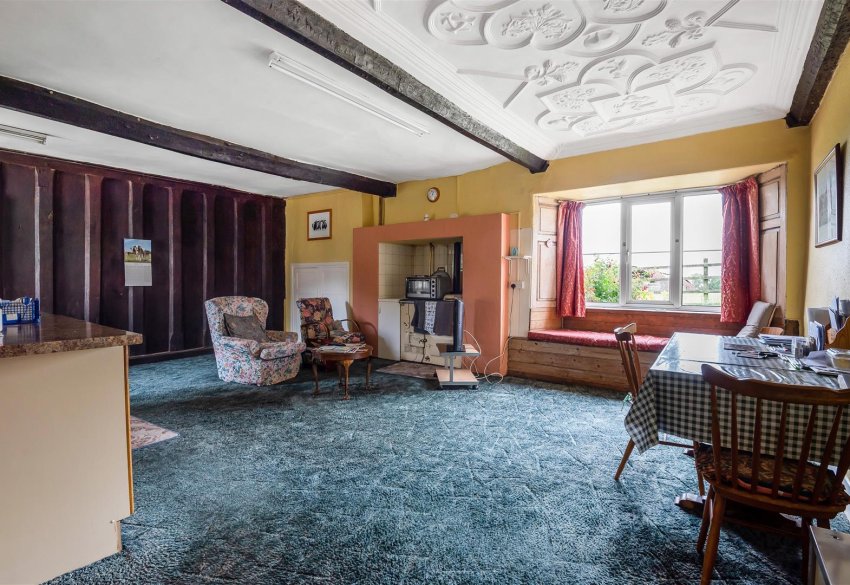 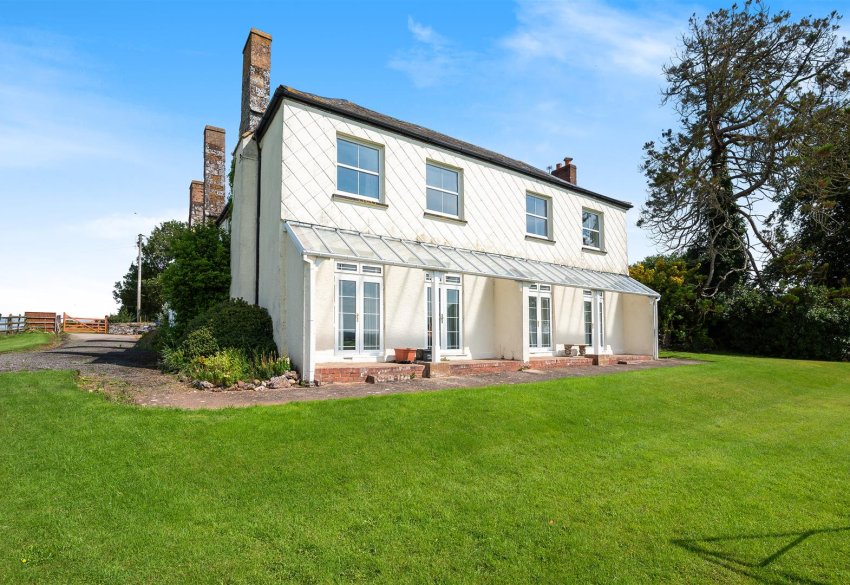 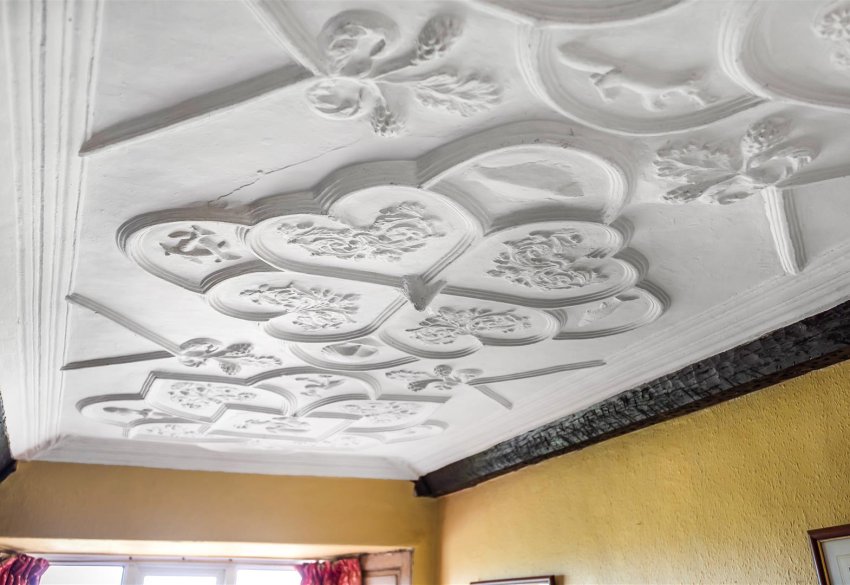 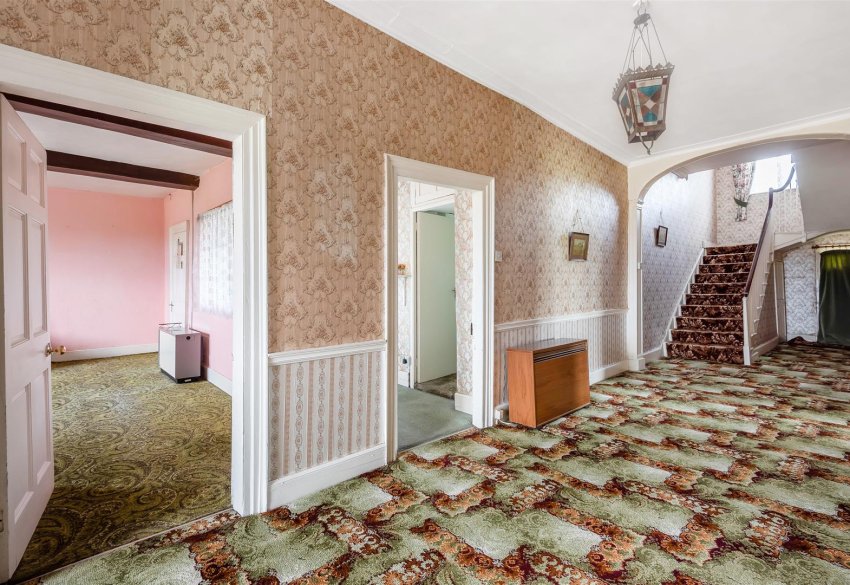 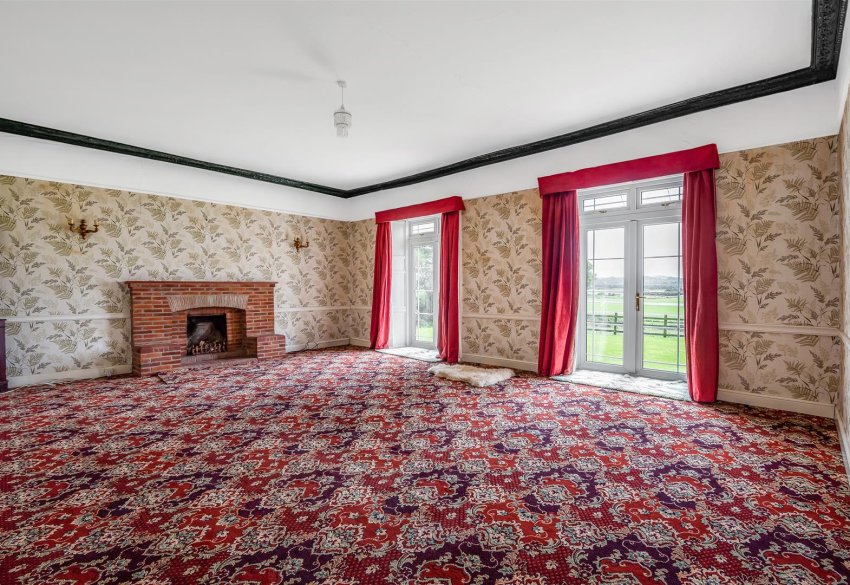 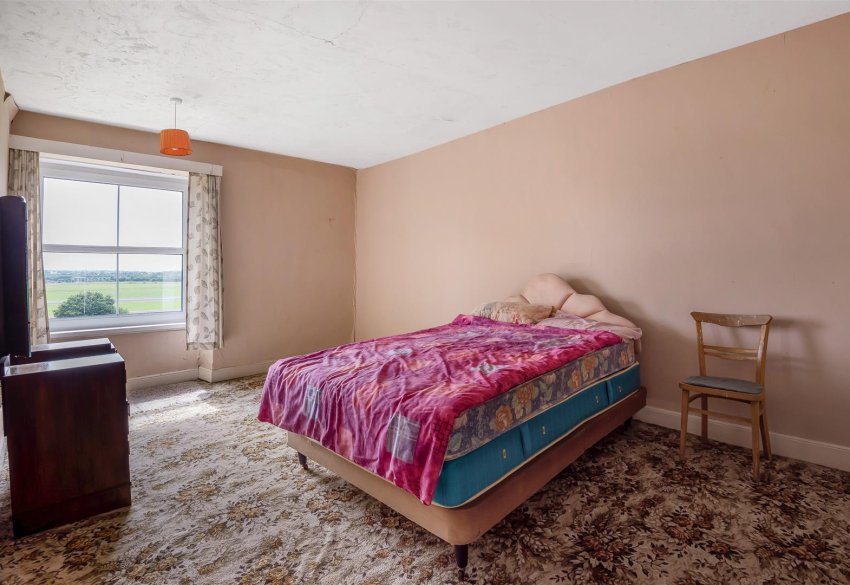 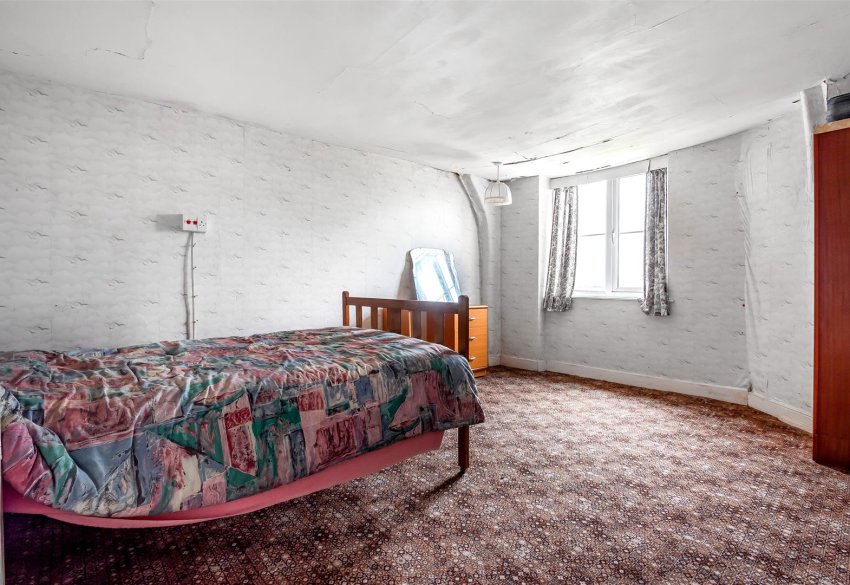 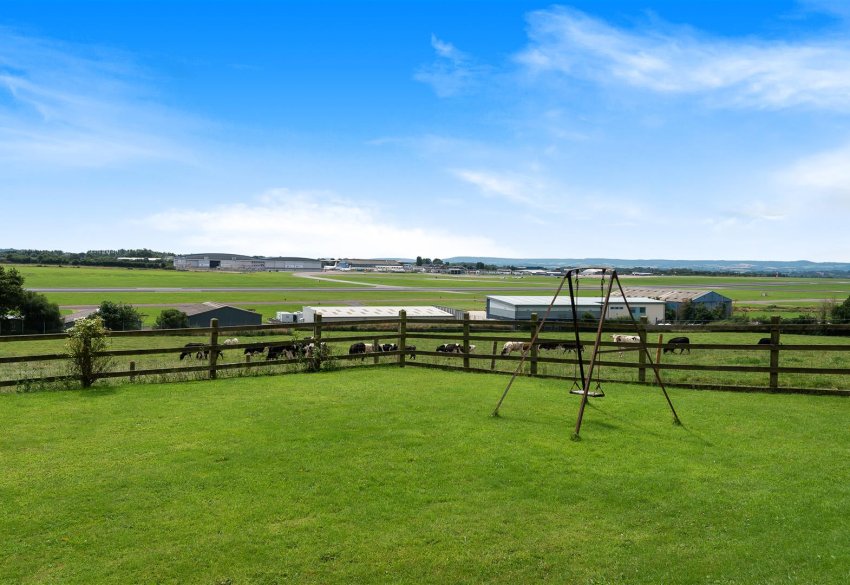 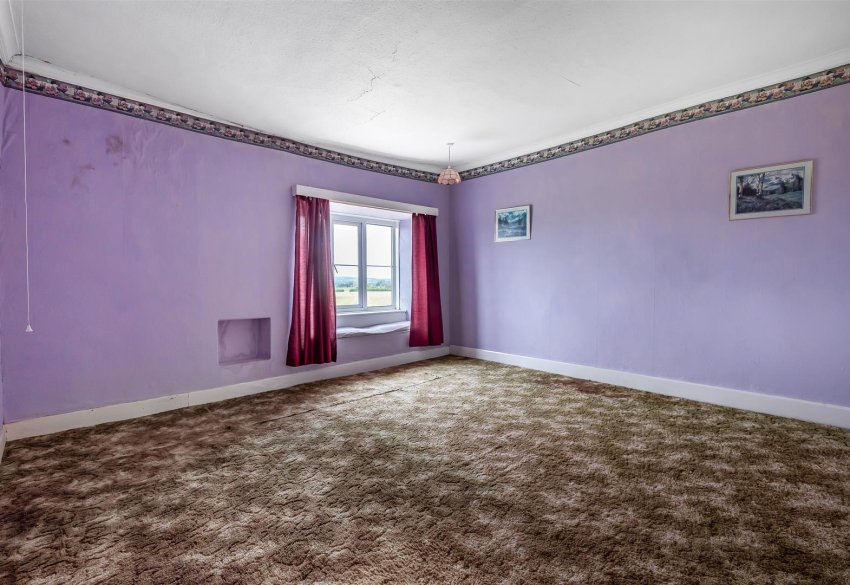 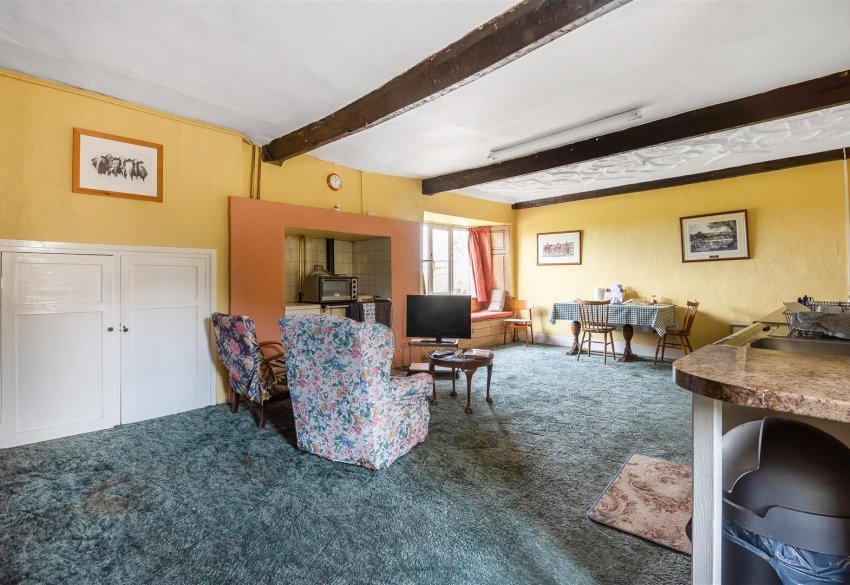 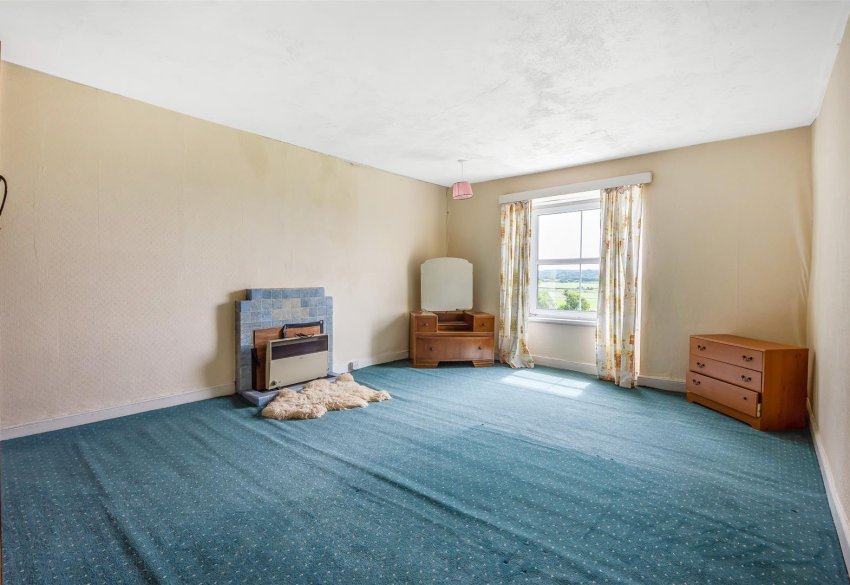 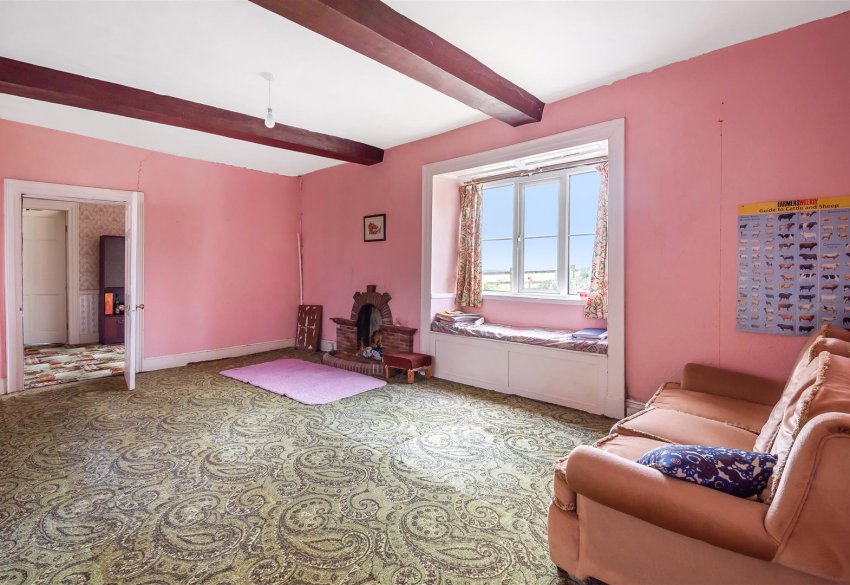 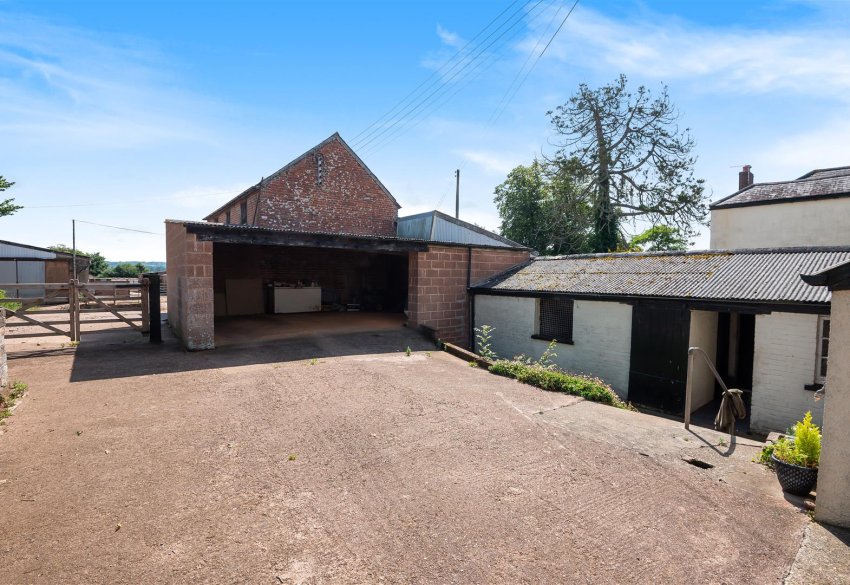 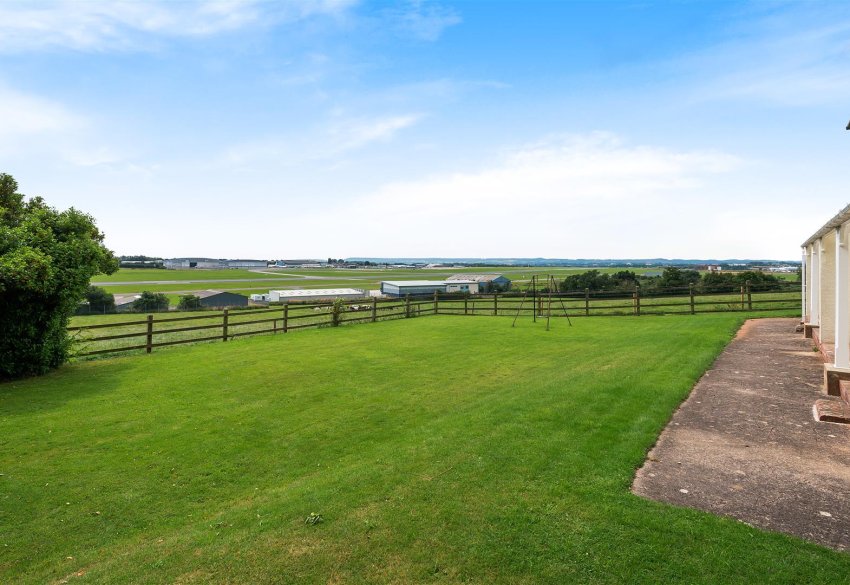 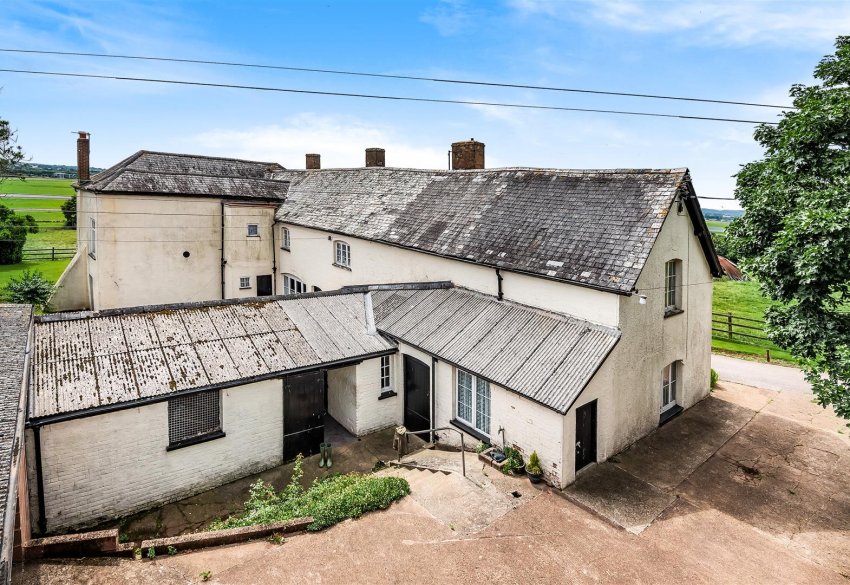 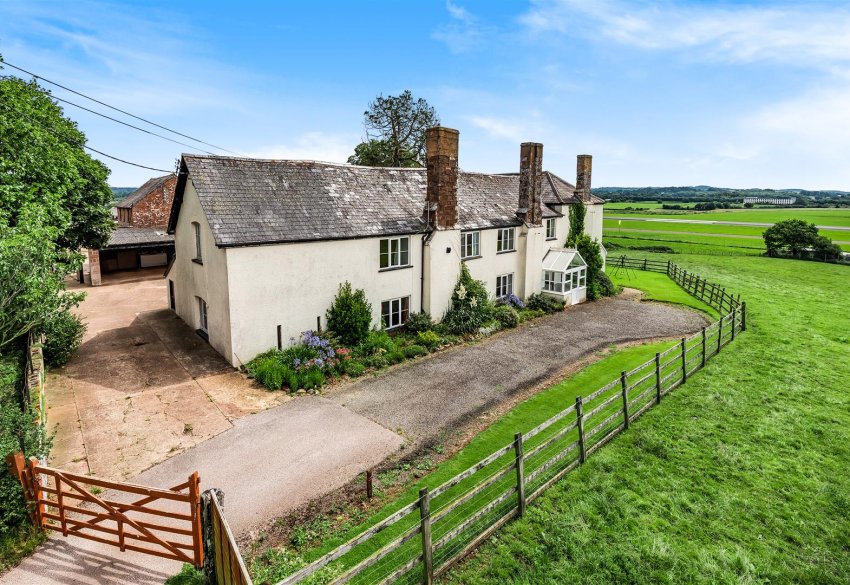 SITUATION
Treasbeare Farmhouse is situated at the end of a no-through private drive beyond the farm itself, which has an open south facing outlook to Exeter Airport and beyond to Woodbury Common. To the west the outlook is across the airport to the outskirts of Exeter and the hills beyond. The new town of Cranbrook is less than a mile to the north, (on the other side of the old Roman road), where there is a new selection of shops plus a railway station on the London Waterloo line. Junction 29 of the M5 motorway is only 3 miles, giving excellent accessibility to the rest of the country with the cathedral and university city of Exeter and all it has to offer, starting immediately the other side of the M5 motorway with the centre of the city being some 5 miles.

DESCRIPTION
This building is Listed Grade II by Historic England and the notes state that it dates probably from the early 16th century, with major early 17th century improvements. It is believed that before the early Victorian period it was a modest through passage house facing west, though in the mid-19th century the majority of the house was added, as a result of which it has beautifully proportioned principal reception rooms and bedrooms with good ceiling heights. There is a 17th century oak plank and muntin screen along with a fine area of ornate plasterwork in the farmhouse kitchen dated from the early 17th century, including symbols of hares, fish, owl, peacock and a mermaid! Fascinatingly, the earliest documentary reference to Treasbeare is in 928 and from the 11th century to 1983 the farm belonged to the Dean and Chapter of Exeter Cathedral, so this is the first time ever the farmhouse is on the open market.

ACCOMMODATION
Entrance porch via front door into large reception hall with fine staircase to first floor. Drawing room on the south side with two pairs of uPVC patio doors out to the covered veranda and garden beyond. 20th Century brick fireplace, ornate plaster cornicing and two display niches. The sitting room, also facing south, with two sets of uPVC patio doors to the outside plus another 20th century brick fireplace. Ornate plaster cornice and display niche. Dining room facing west which has views to Exeter and the Haldon Hills beyond. Cloakroom. The farmhouse kitchen is double aspect with fireplace with inset oil-fired Aga, fine plank and muntin screen and window seat. Panel of ornate ceiling plaster as referred to above. Sink with worktops and cupboards below. Rear hall with bathroom, rear stairs to first floor, utility room and large dairy with slate slabs with a further staircase up to an attic room over which could be a 7th bedroom or with annex possibilities. On the first floor, off the spacious landing, there are three principal bedrooms on the south side, all of a good size and with views across the airfield to Woodbury Common in the distance. Off a lower landing there are three bedrooms facing west, in the older part of the house, including signs of original cruck beams, plus bathroom.

THE GROUNDS
The property has a right of way up the tarmac farm drive to go through its own 5-bar gate to a tarmac drive on the west side of the house, with plenty of parking and well-stocked flower borders adjoining the house with agapanthus, camelias and fuschias. On the south side there is the covered veranda plus level lawn overlooking the airport and farmland beyond. Outside the rear door is an enclosed paved courtyard area, including a covered area and former washhouse with copper and wood shed. The concrete drive on the north side of the house leads to a double carport with workshop area, plus former vegetable garden. As well as the grounds surrounding the house included with the property is 1 acre of the field on the south and west side, exact boundary to be agreed.There is the option to acquire additional land if required.

ADDITIONAL BUILDINGS
Attached to the carport at the rear is an historic brick and slate former stable and coach house, with large lean-to farm building, which is optionally available if required by the purchaser. This building has excellent opportunities for conversion possibilities to a further dwelling.

DIRECTIONS
From junction 29 of the M5 motorway proceed on the A30 towards Honiton and after a mile take the exit to the B3174 to Cranbrook and continue as though to Cranbrook (London Road). Continue straight over the roundabout on the edge of Cranbrook and within 300 yards turn right up Treasbeare Lane, which ends at the farm (in August 2021 there are roadworks on the B3174 saying the road is closed but it is open to Treasbeare Farm).
Satellite Map