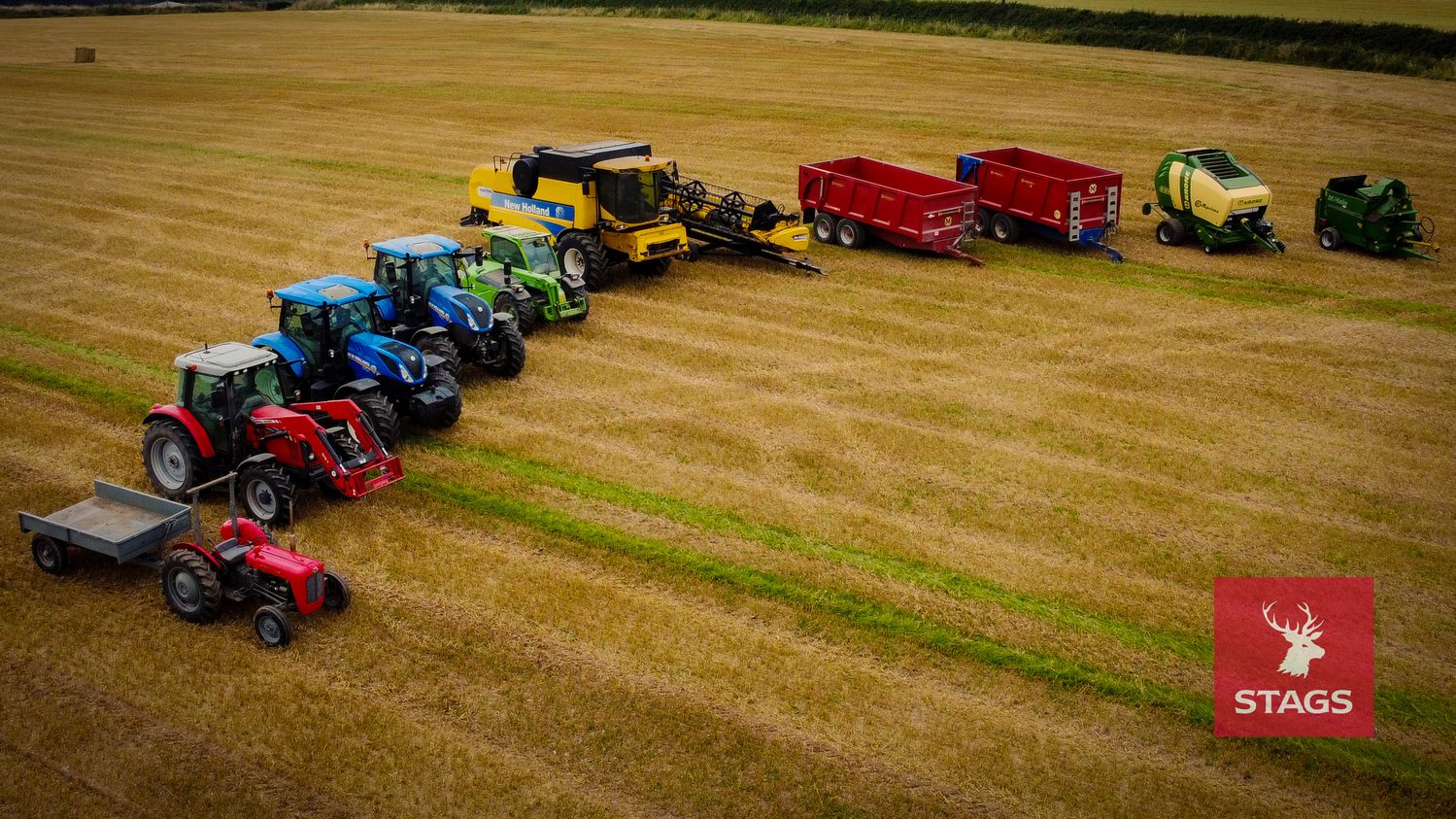 Stags’ Auctioneers continued their busy Autumn by conducting yet another very successful farm dispersal sale on behalf of Messrs TJ & CA Jakins of New Barton Farm, Wembury, Plymouth which overlooked the English Channel. After their tenancy ceased on the National Trust farm the family took the difficult decision to disperse the large majority of their equipment which saw everything from livestock handling equipment to two 2018 New Holland tractors go under the hammer. The line-up consisted of an excellent range of well maintained modern farm machinery which attracted national interest from across the United Kingdom & Ireland. Despite the almost non-existent network and phone signal along with torrid weather hitting the south coast all lots were offered for sale through both the traditional onsite sale as well as the very popular online webcast real-time bidding. In total, over 300 people signed up to participate on-site with a further 127 online bidders watching on from home, keen not to miss out on the opportunity to purchase quality second hand machinery.

The dispersal saw some exceptional prices which was most pleasing for the vendors & the Stags team. The top price on the day saw the out of season 2010 New Holland CSX7060 Combine Harvester c/w 17’ Varifeed Header & Shelbourne Reynolds Header Trailer with just 1510 engine hours soar to an impressive £57,500 being purchased by a St Austell based Farmer. The second highest price of the day, being not far behind at all, was one of the two 2018 New Holland T7.190 Power Command 4WD Tractors reaching £55,000 before going to a new home in Wales. The other very similar 2018 New Holland T7.190 Power Command 4WD Tractor but on this occasion lacking any front linkage was the next highest price of the day, achieving £49,000.

Other notable prices reached during the auction also included the popular 2019 Merlo TF35.7 Turbo Telehandler with only 1,500 hours on the clock. With both On Site and online bidders competing, the hammer eventually dropped at £48,000. Looking very well sold on the day the 2012 Massey Ferguson 5460 Dyna 4 4WD Tractor made an excellent price of £35,000 before travelling to a new home all the way to Dalbeattie, Scotland! One of the last lots to be offered on the day saw the 2015 Mecmar 15T Electric Grain Dryer selling for £22,750 and being purchased by a farmer from Truro, Cornwall.

The online webcast auction proved difficult to facilitate but the determination and persistence of the Stags team proved that ‘where there’s a will there’s a way’ with the persistently bad weather and ongoing issues with the local network signal mast making the task of providing real time online bidding very difficult. However, the team achieved it and out of the 48 high value lots offered online over 25% of these received bids from bidders across the United Kingdom. The sale was advertised through every available channel with over 57,000 people viewing the sale listing page on the Stags website, over 110,000 people reached through the preliminary Facebook advert, over 40,000 views on the promotional video and 3,000 viewed the refined online catalogue published just 48 hours prior to the sale.

The Stags Agri team look forward to a continued busy autumn with two online sales on the horizon, one of which being for Tim & Charlotte Jenkins again but this time dispersing a wide range of equipment used in their wedding venue business taking place from 30th September – 10th October, with the other being our massively popular South West online timed collective auction which includes numerous tractors, vehicles, diggers and farm machinery. The team has also recently been instructed to conduct a dispersal sale of 9 Tractors, Utility Vehicles, Trailers, Farm Machinery, Livestock & General Equipment on Exmoor. Full details of all our forthcoming sales can be viewed on the Stags website: www.stags.co.uk